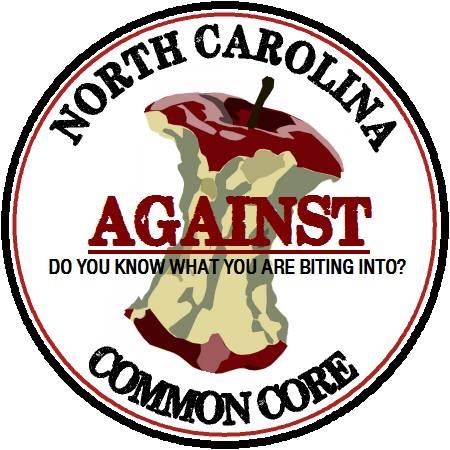 We the citizens of North Carolina reject the Federal Government’s intrusion into our education system and want control over what is taught in our classroom returned to our state and local school boards.

WHERE AS, Common Core removes control of our state education standards from North Carolina and puts it in the hands of private trade organizations who wrote and copyrighted the standards and who are not accountable to the public which pays for their implementation.

WHERE AS, It allows the federal government to dictate the terms of our teacher evaluations.

WHERE AS, It makes it practically impossible for local school districts to control their costs because independent consortia develop assessment tools which our districts must use. These on-line assessments are not only many times more expensive than our existing tests, they are a technical impossibility for many schools in our state who do not have broadband access to the internet.

WHERE AS, Common Core Standards are not internationally benchmarked as marketed, nor have they been field tested and found to be superior to existing state standards. They have never been tried before. Their implementation in 45 states amounts to a massive pilot program that uses our children as test subjects.

WHERE AS, Common Core assessments ramp up the collection of personally identifiable data on our children. Through various agreements this data will be sent directly to the US Department of Education who has changed the Family Education Rights Privacy Act (FERPA) to allow this data to be shared with other government agencies and third parties without our knowledge or consent.

WHERE AS, The architect of the Common Core Standards has vowed to align the SAT tests to these standards thereby pressuring homeschoolers and private schools to teach to these standards as well. Millions of children will be lost inside a one size fits all system designed to create equal mediocrity among the new “global citizens.”

THEREFOR, BE IT RESOLVED, that we the undersigned, for the reasons listed above, sign this petition in opposition of Common Core State Standards.