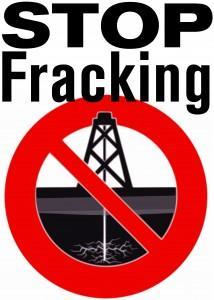 We are making this petition for Exxon Mobile to require all of their fracking wells to use a non-toxic fracking fluid. Here's some information on the dangers of fracking or visit our tumblr page at http://shaleoilfree.tumblr.com :

Fracking is a process that is used in order to trigger gas and oil production from wells and other gas and oil sources. This process is usually done by first creating a well in the earth and theninjecting high pressures of water, chemicals, and sand into rock formations underneath the Earth’s surface via this well. The high pressure causes the formations to “fracture” and the sand that is used helps to hold open the fractures, making it easier for oil and gas to flow through. The gas and oil then flow into the well and are forced back up to the surface. The chemicals that are injected into the Earth’s surface during this process have been contaminating the water supply by leaking into the groundwater and these chemicals are dangerous to human health. The waste fluid from this process is often left out in the open, which causes the chemicals to evaporate into the air and contaminate the air, causing problems such as acid rain. Another major problem with fracking is that it has been associated with causing earthquakes. This is especially concerning in regions that were not seismically active before and now are due to the process of fracking. Fracking has many negative effects including water contamination, air pollution, and earthquakes.

Fracking is supposed to be a great new way to achieve oil that is trapped in shale rock. However, there are some major ramifications from the process - even before the actual drilling occurs. Just the resources it takes raises a lot of concerns. In 2010, the U.S. Environmental Protection Agency estimated that fracturing the 35,000 wells in the US would require 70 to 140 billion gallons of water. This is around the annual water consumption of 40 to 80 cities of 50,000 people. For fracking to occur, it requires 2 to 10 million gallons of water to drill one time for one well. It would take approximately 200 trucks to to transport just one million gallons of water. This will cause an excessive amount of emissions and road erosion. The amount of water required to complete the fracking process should be a major concern. A good portion of the world is concerned about a water shortage and drought, and we are pumping billions of gallons of water into the earth to get oil.

During the fracking process, the fluid is used to crack shale rock and cause natural gas to flow into the well. Methane gas and toxic chemicals leach out of the system and contaminate nearby ground water. Then this contaminated water is used for drinking water in nearby cities and towns. There have been over 1,000 documented causes of water contamination near fracturing well sites. There have also been cases of sensory, respiratory, and neurological damage due to ingesting the contaminated water. Testing of flowback samples in Pennsylvania have showed concentrations of 1,2-Dichloroethane as high as 55.3 micrograms per liter, which is more than 10 times EPA’s Maximum Contaminant Level for 1,2-Dichloroethane in drinking water.

Many of the chemicals used in the fracturing process are recommended to be disposed of at a hazardous waste facility. Only 30-50% of the fracturing fluid is recovered. The rest is left in the ground to get into drinking water or to be evaporated. Under the Safe Drinking Water Act hazardous wastes may not be injected into Underground Source of Drinking Waters (USDWs), yet these chemicals (in dilute form) are being allowed to be injected directly into or adjacent to USDWs. The waste fluid is left in open-air pits to evaporate. This releases volatile organic compounds into the atmosphere, creating contaminated air, acid rain, and ground level ozone.

Hydraulic fracking is a new method of accessing natural gas pockets that have been previously inaccessible. But this is done at the expense of numerous safety, environmental, and health hazards.

About half the American population relies on water that comes from underground sources. Most of the public is told by the larger companies that any of the substances that are injected underground do not pose a threat to the drinking water quality and/or human health. However, that is not the case. What most people do not know is that the water we drink may contain chemicals from the fracking process. Each well from the process produces millions of gallons of toxic fluid containing not only the added chemicals, but radioactive material such as “liquid hydrocarbons, brine water and heavy metals” (carleton.edu). Earthquakes caused by the fracking process can also create underground pathways for gases, chemicals and radioactive material that lead into the groundwater that we eventually drink. So what have we done to stop this problem? Who has taken action?

In 2011, the Environmental Protection Agency (EPA) conducted a multimillion dollar investigation about the water contamination problems in Wyoming, Texas, and Pennsylvania, after several residents voiced concerns that the state environmental agencies had not properly examined the water. The EPA took control and conducted four rounds of sampling by testing the water from more than 40 homes and then sampling the deep wells. The sampling revealed oil, methane, arsenic, and metals, which were found in shallow water wells, and also found a radioactive compound specifically linked to fracking. In their deep well sampling they found it “50 times the level that is considered safe for people...which seemed to show that man-made pollutants had found their way deep into the cracks of the earth” (propublica.org). After EPA’s findings, they issued a draft report stating that some of the pollution was still being found in shallow and deep wells, which could be toxic to human health. But this caused major criticism. Drilling industries, state oil and gas regulators, disagreed completely with EPA’s methodology and postulated that the contaminants found could have been put there by the agency itself in the testing process. EPA responded to agree to do more testing, but eventually withdrew with no process to move forward. When the EPA announced its withdrawal, it pointed to this study as a “major research program and a basis for scientific [analysis] and [final] conclusions on hydraulic fracturing” (propublica.org).

Although EPA was not able to continue its research at the time, the agency is trying to figure out ways to stop fracking and have people become more aware of the contaminations around them.

According to the California Department of Conservation, there are some loopholes in regulations concerning hydraulic fracturing. One such loophole is not notifying the Division when hydraulic fracturing occurs. There are also no requirements for oil and gas companies to provide the Division with information about the fracturing operations or measures taken to protecting the environment and resources. However, there are some requirements for the safe construction and maintenance of the wells. We need to urge our legislators to pass laws requiring stricter regulations on all aspects of fracking. Some of these include the disclosure of the (toxic) chemicals used in fracking, the impact of fracking on the environment and resources required for the operation, information about the operation and notification of when it occurs, and information about safe waste disposal methods.

Another solution to problems associated with fracking is listening to the voices of people who live in communities affected by fracking. The story about EPA withdrawing from investigations of a resident’s water quality should not be a problem that many communities need to face. The concerns of the people from these communities need to be addressed with priority because the toxic chemicals are affecting the health of these communities, and they can be prevented by imposing stricter regulations and thorough, speedy investigations.

Most importantly, these companies should be required to use non-toxic chemicals so that the environment and groundwater will not be contaminated. The toxic chemicals currently being used now pose as a health hazard. The exposure to these chemicals through contaminated water, direct contact with spills and wastes, and breathing in the vapor contribute to many health effects as shown in the figure from earthworksaction.org:

“In 2010, Theo Colborn and three co-authors published a paper entitled Natural Gas Operations from a Public Health Perspective. Colborn and her co-authors summarized health effect information for 353 chemicals used to drill and fracture natural gas wells in the United States.”

Right we are accepting the consequence of numerous environmental, safety, and health hazards for around 300,000 barrels of natural gas a day. We are accepting these hazards for an energy source that has already caused numerous environmental problems that are only growing larger. We realize we can’t fix all the problems natural gas and fracking in particular present. But, we are attempting to fix one major problem for starters. We are asking for fracking fluid to be required non-toxic. We are asking to require technology that already exists and is already in use to prevent major environmental, safety, and health hazards.