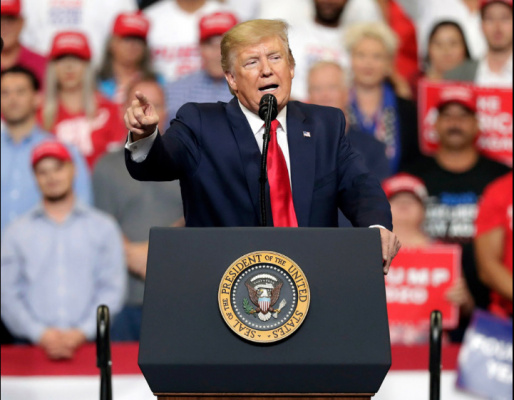 34964 people have signed this petition. Add your name now!

Dear Chair Reiss-Anderson and Members of the Committee:

We, the undersigned respectfully nominate president Donald J. Trump to receive the 2020 Nobel Peace Prize in recognition of his work to save millions of people trapped in Idlib, Syria, end the conflict in the region and bring peace to the world.

The international community banned the use of chemical and biological weapons after World War I. These bans were reinforced in 1972 and 1993 by prohibiting the development, production, stockpiling and transfer of these weapons

In April 2017, after Syrian President Bashar Assad violated these international norms and used chemical weapons against his own people, President Trump took action. Unquestionably, President Trump’s response helped persuade Assad to back down and millions of lives were saved.

In September 2018, upon learning that a civilian massacre in Idlib was beginning again, the President tweeted that Assad “must not recklessly attack Idlib” and that Russia and Iran must not support a “potential human tragedy.” He instructed his Secretary of State and National Security Advisor to ensure the massacre was halted, and they followed suit.

Today, more than three million people are trapped under a renewed Syrian bombing campaign by Bashar Assad. Throughout this year, the President has spoken to world leaders and tweeted about this conflict, working to ensure the people of Idlib are not forgotten.

Though the conflict in Syria rages on, President Trump’s leadership is making a difference for millions of innocent civilian victims of the war. We hope the Committee will reward this work and recognize President Trump for his efforts. In doing so, you will call the world’s attention to this significant humanitarian crisis.