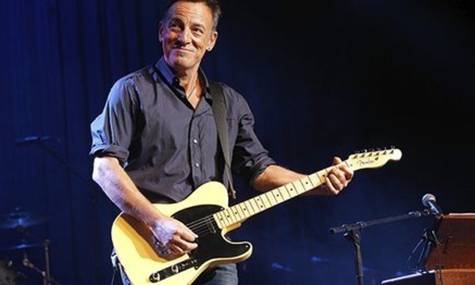 Nobel for Bruce: Paen to the common man

The Swedish Academy has awarded the Nobel Prize in Literature to Bob Dylan “for having created new poetic expressions within the great American song tradition”. If Dylan is worthy, then the time has come for the nomination of the singer who has done more than any other to put the voice of the common man into song; Bruce Springsteen.

Nominations for the Nobel Prize for Literature can only come from the Swedish Academy, professors of literature or linguistics, previous Nobel Laureates in Literature or presidents of national societies of authors. Once this petition gets 100,000 signatures, it will be sent to the Swedish Academy in the hope that they will consider Bruce next time they nominate. If you fit the bill as one of the others who can nominate for the prize, please feel free to do so.

If you're not born to run, then

Get up while you can,