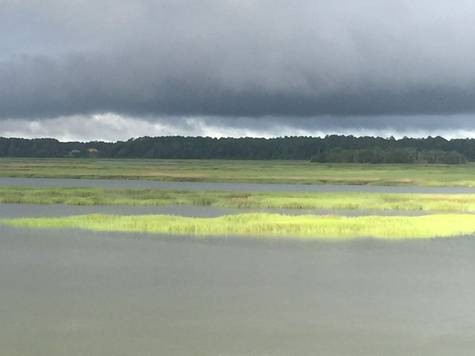 I support a "no wake zone" for the May River in Bluffton, South Carolina that extends from Oyster Factory Park (63 Wharf St) to the tip of Myrtle Island (26 Myrtle Is. Circle), across from Palmetto Bluff's Canoe Club dock (37 Boathouse Rd). The May River represents an important recreational, cultural and economic resource for residents and visitors.

The river, designated as having "Outstanding Resource Water" (SCDHEC 2001) by the South Carolina Department of Health and Environmental Control continues to support a significant recreational shellfish fishery due to its extensive oyster beds and good water quality, but rapid population growth and development is now threatening this status.

We recognize and support the Town of Bluffton's efforts to establish a "no wake zone" while further extending such zone to the tip (or last dock) of Myrtle Island. We believe the inclusion of the Town of Bluffton’s “no wake zone” along with the proposed extension of this zone is far more inclusive to the many concerns for the "middle headwaters" of the May River, the safety of those in and on the May River, the future protection of private property including docks, vessels, and eroding, threatened shorelines and riverbanks, marine ecology including shellfish and maritime habitat.

Given three (3) existing navigable options, this "no wake zone" segment of waterway can be predominantly bypassed by boaters through the choice of two additional (and shorter) creeks that parallel the proposed "no wake zone". These two options have zero land mass on either side and allow for the displacement of wave energy without impacting the ecology of shorelines along with private property, while improving public safety. When used, these two options consume less time and fuel going east or west within the May River.

The proposed "no wake zone" contains the largest concentration of docks within the May River. Additionally it contains the largest concentration of "problem septic tanks" (as defined by SCDHEC), not to mention, an area having some of the highest concentration of elevated and erosion threatened riverbank. Made up of predominantly "sugar" sand, these 20-26 ft. banks erode daily by nature, yet due to area growth, are now being aided and accelerated by ever increasing boat traffic. Protective layers of marsh and mud are sloughing-off along these shorelines (some areas completely void of any protective barriers). Additionally, the deep water trough has advanced in places moving even closer to these shorelines and riverbanks (and seen in some areas the trough is now only a few feet from the riverbanks).

We recognize that no waterway can be policed at all times for violators, however such a zone will greatly deter, and significantly lessen the concerns mentioned for environmental preservation, property preservation, and public safety. We also recognize that, along with public awareness of a "no wake zone” that we can expect property owners and citizen boaters to be on the lookout for violations, continued occasional SCDNR policing, Coast Guard Auxilliary member patrols, as well as a presence of the Bluffton Police, with perhaps deputized Beaufort County Officers, or the like. This petition does not call for the requirement of any government entity, person, or volunteers to assume such responsibilities.

We recognize that the above concerns are exacerbated by:

In conclusion we sign in agreement that which this petition addresses, and urge the South Carolina Dept. of Natural Resources (SCDNR) to please establish a "no wake zone" for the boundaries as proposed within. We believe it imperative, and ask for immediate action to establish this zone. We believe this "no wake zone" is far more inclusive to the overall concern for the "middle headwaters" of the May River, the safety and enjoyment of those in and on the May River, the future protection of private property including docks, vessels, and eroding, threatened shorelines and riverbanks, marine ecology including shellfish and maritime habitat.