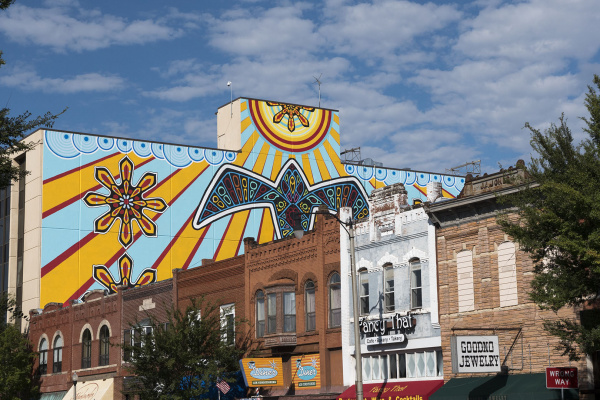 No to UNP TIF Arena in Norman

640 people have signed this petition. Add your name now!

Sign and share! Many Norman residents oppose the UNP TIF Arena proposal for some the following reasons:

- It requires a $100 million tax dollar investment to privately owned facilities, which is nothing less than corporate welfare.

- Norman currently has a yearly budget deficit. The city budget cannot support the UNP area. If the current TIF money went back into the general fund, the budget would be balanced.

- The proposal shifts the commercial center to the very edge of town, and away from our historic downtown and campus area which the city has worked to preserve and enhance.

- It will worsen empty retail and restaurant space in other parts of town (e.g. Lindsey Street currently has 26 empty restaurant/retail spaces). To build new commercial space of this kind is irresponsible to our city as a whole.

- It has the potential to drive down property values in other parts of town, with as much housing as is proposed.

- It will cannibalize existing areas of Norman. Of particular concern: Ed Noble parkway (more than 50% empty) - the Mall, downtown, Lindsey and Main streets, campus corner, Brookhaven Village. The death of other parts of town is a high price to pay. The plan announced may also include a movie theater, so it would compete with Regal in our town. The UNP competes both for dollars spent in other parts of town, but many businesses have also relocated, leaving empty retail elsewhere.

- It is unlikely to generate the promised tax dollars. Small changes in assumptions cause huge differences in outcomes – the current "studies" have unrealistic assumptions such as zero cannibalization, 100% occupancy, doesn't allow for a recession etc.

- Many similar projects with arenas and entertainment areas in other cities have required additional money to the tunes of hundreds of millions of additional tax dollars to keep them afloat, just a few years after the original investment.

- Arenas are not proven net new revenue generators for communities.

- The promised amount of extra funds for Norman Public Schools is by no means certain if property values elsewhere go down. Also, the added housing would eventually require a new elementary school.

- The proposed new bar/dining district would shift business away from locally owned businesses in downtown, campus corner and Lindsey street.

- Lloyd Noble traffic only has to compete with its own traffic, whereas the traffic in the UNP is already heavy. Also, we rarely if ever fill Lloyd Noble arena completely. To make projections based on wishful attendance in a new arena is risky.

- It would isolate OU basketball away from campus, making it harder for students to attend and less likely that fans would enjoy the historic heart of Norman.

- It comes with no guarantees that the master plan will be built as promised. Last time we were promised one thing and got something very different at UNP.

- To date, the proposal has not addressed storm run-off in this area in any way.

- The claim that an arena and an entertainment district will retain and attract millennials has not been backed by any data.

- The original plan for UNP banned car lots, and yet a Car Max is being built right where on and off ramps would go for Rock Creek road. What the city promises its citizens and what actually is built at UNP are two completely different things. We cannot trust their plan.

- The senior center need not be held hostage by this proposal. It has already been promised.