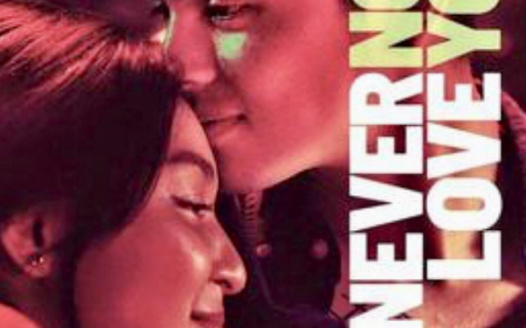 NO to JaDine REVOLution Repeat; YES to Movies / TS

Last February 9, James and Nadine staged a sold out and highly successful JaDine REVOLution concert in Araneta. Everyone worked hard for its success. From your company’s initial marching orders to JaDine’s conceptualisation to the whole production staff’s hard work.

But, we believe, what cemented the success of the much-awaited Big Dome comeback of this talented duo is the fans’ persistence and tireless efforts to advertise, advertise, advertise the show and sell, sell, sell the tickets. Day in, day out. In the Philippines and abroad. Amidst ticket scheduling and distribution problems and what seemed to be an endless addition of tickets to be sold, the fans patiently posted updates, held promos for free tickets and called ticketing outlets, daily. These struggles were well documented on various social media platforms.

The fans not only paid for one of the most expensive concert tickets in the country but also the finger lights, all provided by generous donors and distributed to fans for free. Alas, Araneta lighted up, even sans what could’ve been certainly helpful for all those watching from the bleachers, the jumbotron.

We frowned upon the staging of the Pampanga concert which was set a week later but again, it sold out well. “Pordalab” of JaDine. The Davao and Cebu legs also sold out well.

Just very recently, the fans abroad were treated to JaDine’s concert presence in four (4) shows. Again, despite steep prices, all the concerts sold very well. And again, we saw how fans and fan clubs - here and abroad - mobilised to steadily promote each concert leg.

It goes without saying then how the fans are vehemently saying NO to the Repeat of JaDine’s REVOLution Concert.

1. A total of eight (8) REVOLution concerts with the very same concept and production numbers have just been concluded.

3. It certainly did not go unnoticed how JaDine shone, acting-wise, in their recent artistic output, Never Not Love You. The movie was critically-acclaimed. Film critics, like Philbert Dy, lauded JaDine’s sensitive and highly-nuanced acting in the movie. The bottomline is, we miss seeing JaDine on the big screen and they have definitely delivered in this medium. The acting momentum is in their corner. Why not sustain it? We have been looking forward to the duo’s individual projects: Miss Granny and Pedro Penduko for James; Ulan and hopefully, a film like The Nurse, for Nadine. We are also very excited for JaDine’s Dreamscape teleserye which was reported to be in the works.

For all the reasons mentioned above, we respecfully assert to saying

* NO to the REVOLution Concert Repeat; and

TO JADINES WORLWIDE, MAKE OUR VOICES HEARD BY SIGNING THE ATTACHED PETITION.

TO VIVA FILMS, THE FANS HAVE SPOKEN. WE HOPE YOU HEED OUR WISH FOR JADINE TO FOCUS ON THEIR ACTING PROJECTS AT THIS TIME, EITHER THROUGH MOVIES OR TELESERYE.

(And maybe, we finally get a glimpse of Never Not Love You’s final gross? It is but a reasonable demand, right?)