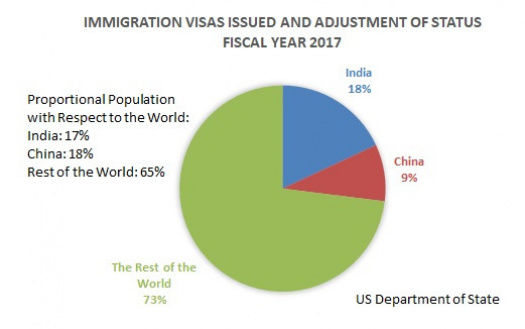 4311 people have signed this petition. Add your name now!

Rep. Kevin Yoder (R-KS 3rd District) along with other members of the House, have proposed HR392 as an amendment to DHS 2019 funding proposal. This amendment is designed to solve backlog problem for Indian and Chinese high-skilled workers who are seeking employment-based immigration, which has delayed their application process up to ten years.

While it is unfair to Indian and Chinese applicants to stay in the process for such a long time, HR392 will not solve the problem it is designed to, but only shifts it to other nationalities.

In long-term, HR392 will be against the concept of diversity in the United States as it will create an advantage for Indian and Chinese communities, while other nationalities will be forced to choose between living far away from their loved ones for years, or just leave the country.

We believe there are better solutions to backlog problem, such as eliminating DV-Lottery visa program, which will potentially increase the number of Indian & Chinese Green Card holders by up to 50,000 per year, increasing the application cap for citizens of India and China, and possibly increasing the annual number of approved applications to high-skilled workers.

By signing this petition, I pledge the House of Representatives to investigate the consequences of this amendment in long-term, which can determine the future of hundreds of thousands of foreign students and high-skilled workers, and consider other solutions which will not be against the fundamental values of the United States of America.