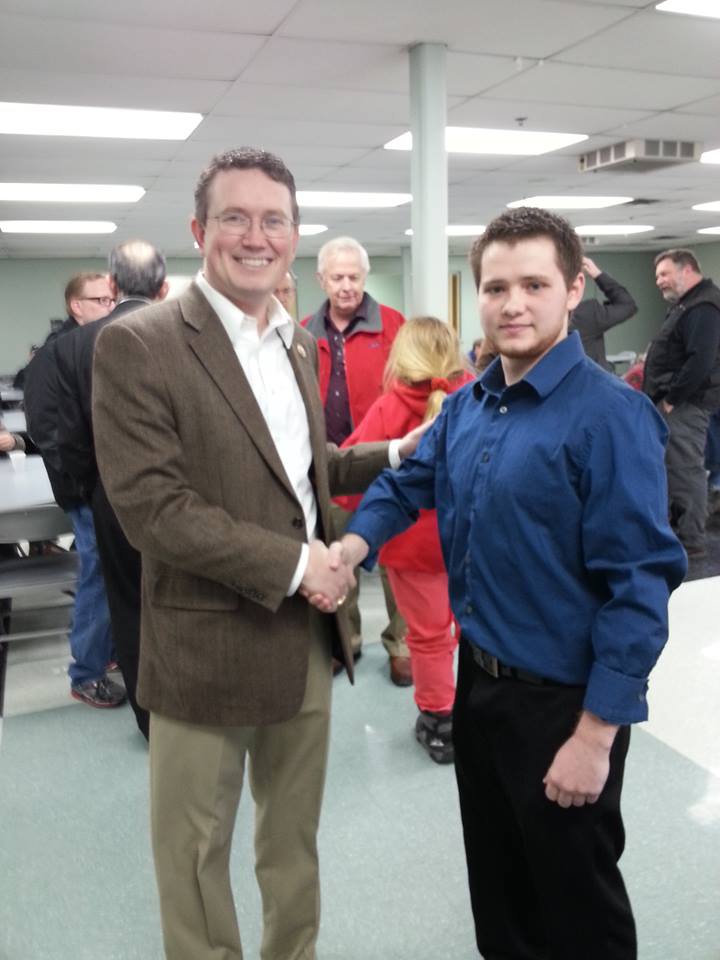 NO to ARMING and TRAINING Syrian Rebels

As you know, on September 17th, 2014, the House of Representatives voted and passed an amendment which was attached to H.J Res. 124. I am well aware of your opposition to arming and training Syrian rebels, as well as your disgust with attaching this authorization to a spending bill. This letter is about much more. I believe if we act now, we can win the American people, and publicly shame the carelessness progressed by much of Congress and The White House.

I understand you both have campaigns to run and must carefully examine each and every public and political move you make. I am writing this letting with intent of convincing you the American people will stand with you if you distance yourself from your colleagues in Congress and President Obama. Not only should you distance yourself, you should be warning them of their grave actions. Remember, Congress has an all-time low approval rating right now and if you act right, you can gain support of the entire nation and ensure American interests are being favored.

The American people do not want war, nor does anyone in this Country truly support funding terrorism. We know sectors of the Syrian Rebellion supports and swears to Al-Qaeda. We know the consequences of arming, training, and financing these rebels. We also know the consequences of illegal wars and taking action before considering war as a nation. My inquiry is, where do we draw the line in the sand?

Anyone who is informed on the matters must be asking themselves the relevant question, “Who is Congress and the President working for?”

I am sure you are both well aware of 18 U.S. Code § 2339C - Prohibitions against the financing of terrorism. I believe this is our foothold to shame the carelessness of Congress and The White House. I am simply suggesting and requesting that you both bring this into the national conversation. I believe if you lead a movement in Congress and form a coalition with other well intended Congressman who oppose arming and training Syrian Rebels, your minority on the issue will become the majority. I believe if you bring 18 U.S. Code § 2339C into the national conversation and debate, other Senators and Representatives and even The President will think twice on where they stand.

18 U.S. Code § 2339C - Prohibitions against the financing of terrorism, states

(1) In general.— Whoever, in a circumstance described in subsection (b), by any means, directly or indirectly, unlawfully and willfully provides or collects funds with the intention that such funds be used, or with the knowledge that such funds are to be used, in full or in part, in order to carry out—

(A) an act which constitutes an offense within the scope of a treaty specified in subsection (e)(7), as implemented by the United States, or

(B) any other act intended to cause death or serious bodily injury to a civilian, or to any other person not taking an active part in the hostilities in a situation of armed conflict, when the purpose of such act, by its nature or context, is to intimidate a population, or to compel a government or an international organization to do or to abstain from doing any act, shall be punished as prescribed in subsection (d)(1).”

As I said, we know the consequences of arming and training unstable foreign fighters in The Middle East. Not only is it morally wrong, I believe it is absolutely illegal and punishable by up to 10 years in Federal Prison. One must question President Obama’s intentions concerning ISIS when he is intending on arming more terrorists while turning a blind eye to our unsecure borders. I know if you commit the bold move of calling out your colleagues and the President on this issue, the American People will stand with you. It is the right thing to do.