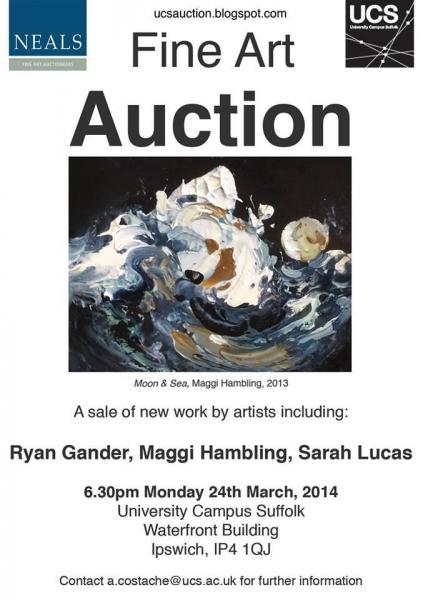 I have created this petition because over the past month my university experience has been altered since the Maggie Hambling talk where the artist made an inappropriate comment about slavery which the majority of the audience that attended greeted it with a dreadful 1970’’s styled laughter . This was a humiliating experience for me as I was the only black person there and also the only person there working filming the event. I wasn’t the only person offended since there has been several letters of complaint.

What has saddened me over the past weeks has been the lack of action taken over this serious issue by the course leader. It was this lack of action and awareness that has forced me to create a series of video's that captured what it feels like to be alienated in this kind of environment.

* Setting up a hierarchical framework for the talk which gave an over importance’s to the artist e.g. sending e-mails asking for intelligent questions limiting the space to challenge the artist opinions.

* Not sending a simple apology to the group for her remarks that would of showed that he was aware of what had taken place.

* Censoring my work by mentioning legal action and saying I needed permission and calling it a private talk when there were members of the public in attendance.

This list that I made captures positivist thought, which operates in most western universities around the world.

"Divorces the fact from its social and historical context"

"Under these conditions the interdependence of knowledge imagination, will and creativity are lost in a reduction of all phenomena to the rule of the empirical."

Positivist thought doesn’t not allow students to question their surroundings compared to critical pedagogy, a framework that is more focused on problem solving dialogue on a level setting for all positions participating.

It for those reasons why I feel that the money from Hambling painting should not be associated with degree show as it for me represents what is wrong with university which follows this way of thinking. It creates selfish individuals, it puts commodity over student well being and it teaches students that this is the way to be, which is frightening because a lot of students will go on to become teachers so that this cycle of behavior will continue.

Some people might be thinking that this doesn’t affect them because they was not in attendance or that they are not black so it is not really their problem, but if you look at it from the point of view that someone on your team, from no part of his own making, has been alienated from a group that has grown together over the past three years because of maintaining an image of an artist in order of selling a painting at the auction for just £650..is that worth it?

I feel that by making this stand as a group, it would make a tremendous statement that an university setting should stand for equality and that students are not robots and they have they have the right to challenge frameworks that are wrong without having to feel isolated in the process.

There is an ethical weight to this money that hasn’t been mention before and I’ll leave it up to you to make your choice.

On my part I have done all I could to highlight how bad this for me personally I find it untenable to take part in the show with this money included because I don’t want the next student having carry the same weight that I have because it is not a good place to be.

But this experience has also been a gift because coming across critical pedagogy has giving me language that can match my project with and finding a language for my project was the reason for going to university.

Paulo Freire says, in the The Pedagogy of the Oppressed, that

Education either functions as an instrument which is used to facilitate integration of the younger generation into the logic of the present system and bring about conformity or it becomes the practice of freedom, the means by which men and women deal critically and creatively with reality and discover how to participate in the transformation of their world.

Examples of why critical pedagogy is important for everyone.

Critical Pedagogy Learning from Freire's Pedagogy of the Oppressed