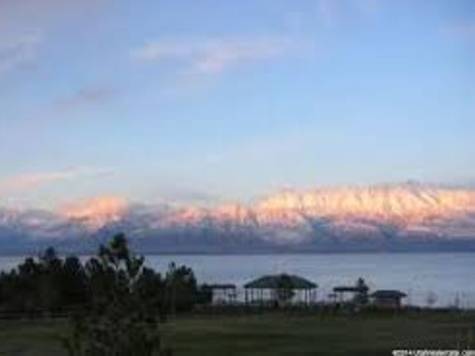 NO Spot Zoning for Holiday Oil

As part of the Saratoga Springs City master plan, the corner of Harbor Parkway and Redwood Road is zoned for residential-friendly businesses. This zoning includes landscaping, light, noise, curfew and building restrictions designed to harmonize with the peaceful and beautiful surrounding residential neighborhoods, wildlife and waterfront of the Lake Mountain, Harbor Bay and Pelican Bay areas.

This zoning is also specifically designed to prohibit commercial construction and businesses that burden the residents and violate the peace and quite of the immediate area to which the city's master plan was designed to foster. These restrictions would prohibit commercial developments such as car repair garages, gas stations, car washes, construction lots, big box stores, or any other large, regional or national commercial business who produce higher levels of light and noise pollution, deal in chemicals such as gasoline/petroleum, attract heavier traffic and have longer hours of operations.

The city's master plan has already facilitated the need for such commercial development in the immediate area as growth demands. Only 30 seconds north on Redwood Road there is available land zoned appropriately for regional commercial businesses.

Spot Zoning: Efforts by commercial developers to acquire cheaper land that is not currently zoned in their favor then ask for the land to be re-zoned to their benefit at the cost of the residents and against the city's master plan is a practice called 'Spot Zoning'. Spot Zoning is a dangerous precedent on many levels as it easily leads to the undermining and deterioration of residential communities, housing values and erodes cities as their master plans are chipped away one re-zone at a time.

There is a proposal going before the Saratoga Springs City Council to consider the re-zoning or 'Spot Zoning' of the lot at the corner of Harbor Parkway and Redwood Road. The city planning commission has wisely made a NEGATIVE RECOMMENDATION to the city council. However, the council makes the ultimate decision based upon input from the planing commission and us, their constituents.

The purpose of this petition is to ask that the council support the planning commission and defend the diversity of zoning that this property fosters as part of the city's master plan relative to this property by voting against the spot zoning/re-zoning request. .