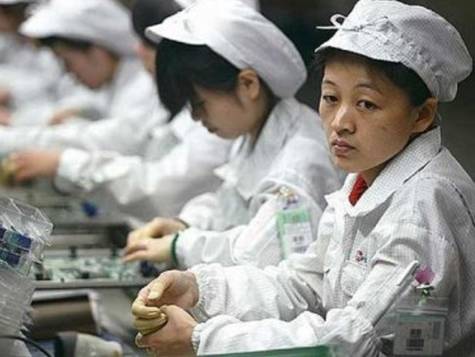 No More Slaves in Your Smartphone

It's not just smartphones. Computers, laptops, tablets, and other personal electronics are more often than not the products of slave labor and made from materials mined by slaves. Big companies like Apple, Dell, Samsung, and HP try to save money by using cheap manufacturing facilities in Malaysia. These factories trap poor workers by taking their passports and abusing them so they work around the clock for little to no pay with no way of leaving.

Foxconn, a Chinese production facility, also makes products for these big-name electronics companies, and it treats its young adult and teen workers so poorly that they put up suicide nets around the roof to limit the number of suicides committed by the overworked and poorly treated employees.

Apple, Dell, Samsung, and HP are by no means the only electronics companies who use these cheap facilities, but with enough signatures on this petition, they can be inspired to use some of their superfluous wealth to use manufacturers that pay and treat their workers fairly. This is part of our service learning project, and once we have enough signatures, we plan on composing a letter to send along with this petition to the CEOs of these companies to tell them enough is enough: don't cut corners and don't allow slavery to be a part of our smartphones.