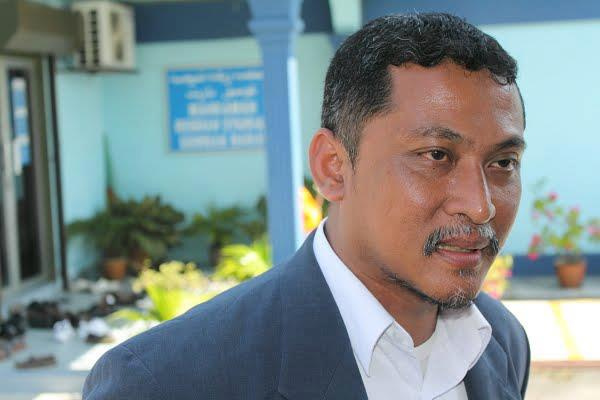 NO SHI'AH IN MALAYSIA

This petition is aimed at the current PH government.

Muslims in Malaysia reject any act/movement/decisions that are related to syiah, whether directly or indirectly.

Recently, Malaysians have received news on the withdrawal of armies from Saudi Arabia, & Sayid Hasan Nasrallah thanking the Malaysian government for it. We've also witnessed Mohd Kamilzuhairi (on behalf of the Syi'ah community in Malaysia) sending raya card to YAB Adly bn Zahari. Previously, KDN has also issued 10 reasons why they believe that one of the current ministers is a follower of Syi'ah in which he didn't bother commenting on.

These might not be clear proofs but they are signs of such movement. We would like to stress that Syi'ah is considered a deviant teaching in Malaysia. We reject supporting anything related to syiah whether in a direct or indirect manner.

There are valid, solid and strong reasons why it is considered a deviant teaching in Malaysia, and that would require for us to have an open dialogue with Syi'ites(followers of Syi'ah). A lot of Malaysian scholars have spoken out against the Syi'ah creed. Amongst the teachings are:

1. Taking Ali (ra) as the rightful Messenger of God

2. Rejecting the majority of the companions of Rasulullah (saw)

Our respected Prime Minister, Tun Mahathir, respected Ministers, please take this petition seriously. The Muslims of Malaysia urge the government of Malaysia to stop any movement related to Syi'ah on the ministerial level, to stop any kind of support to the deviant sect by any means, and to take proactive measures to protect the sanctity of Islam.