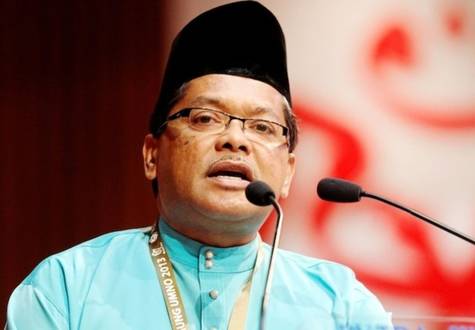 No! Rapists cannot marry their victims! APOLOGIZE or STEP DOWN.

7 April 2017 : This petition is now in Phase 2. (Please see Highlights re the presentation of signatures from Phase 1).

At the presentation to the Minister of Community Development & Consumer Affairs, YB Datuk Hjh Jainab DSP Ahmad Ayid, it was proposed that there may be more people (in Sabah), especially women's groups, who may wish to sign this petition or other petitions with the same purpose, to have their voices heard, that the words which Tasek Gelugor MP Datuk Shabudin Yahaya used when debating the Sexual Offences Against Children Bill 2017 on the 4th April 2017 remains, UNACCEPTABLE.

To decide if his words were taken out of context by the media, see here : Did media spin Shabudin's remarks on rape, child marriage? http://www.malaysiakini.com/news/378373

We hereby call for, once again, Datuk Shabudin to APOLOGIZE to the nation. If he feels unrepentant that his choice of words were degrading and disrespectful to women, he should STEP DOWN as a Member of Parliament.

5 April 2017 : The statements made by the Tasek Gelugor MP Datuk Shabudin Yahaya when debating the Sexual Offences Against Children Bill 2017 on the 4th April 2017 is shocking and abhorrent.

The Sexual Offences Against Children Bill 2017 is aimed to further protect the defenceless children of young age.

Rape is a crime. It is an offence punishable under the Malaysian Penal Code.

Any sexual intercourse with minor below the age of 16 years of age with or without consent is defined as Statutory Rape under the Malaysian Penal Code.

Rape is in the eyes of the law a serious crime.

The statements made by the Tasek Gelugor MP Datuk Shabudin Yahaya on the young rape victim marrying the offender is therefore extremely irresponsible, shameful and condemnable.

Our children today are our leaders tomorrow. It is our duty as responsible adults of this country to safe guard and protect our children's rights and well being so they can achieve their greatest Potential.

We hereby petition the MP to retract his statement with an apology to all Malaysians within 24 hours of this petition coming online.

UPDATE (at 12noon local time, 6 April 2017) : The MP has not apologized. He has not retracted his comments. The public must continue to voice out that his statements, misconstrued or not, are unacceptable because the dignity and respect for women is not recognized by him.