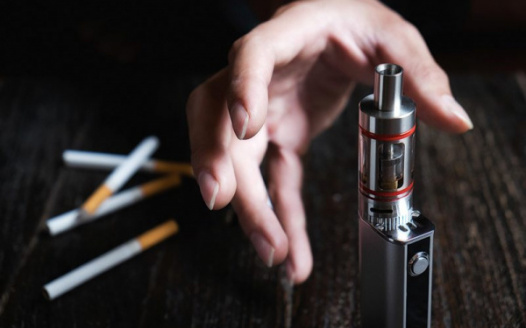 5565 people have signed this petition. Add your name now!

I want to start this out by saying cigarette smoke kills roughly 480,000 people per year. Vape smoke? A big fat 0. Now with that being said... If this bill is passed, it will take away all vape juice flavors besides Tobacco. I don’t know about you guys, but the biggest reason I was able to put down the cigarettes was because of the disgusting flavor. Vaping literally has saved lives of people who were smoking packs and packs a day and feeling like crap. We know the science behind it, and you can’t ignore that. There are approximately 600 ingredients in cigarettes compared to approximately 4 in vape & e-cigarette juice. Period. If that doesn’t say enough I don’t know what will. I think i’m safe in saying a huge part in the reason people switch from cigarettes to vaping is because of the flavors the juice comes in. Not very many people are going to put down the cigarettes just to pick up a tobacco flavor in another. Speaking on behalf of the vape community, we want to continue to see more peoples lives lived, and not lost... and don’t even get me started on how many flavors come in caffeinated beverages which have been known to kill for years now. Or even alcoholic drinks for that matter.

The big reason for this “BAN ON FLAVORS” is because of the SAFE KIDS ACT. Believed that because of the variety of flavors available in vape juice, it is causing more kids to begin vaping and smoking. Well how about coming up with better regulations on minors in the smoking industry? Or heavier charges on the people caught providing and distributing said things to minors? .... instead of limiting adults of their freedom and hobbies.

In order for this petition to be effective and reach the White House, we need 100,000 signatures in 30 days. Let’s do this.