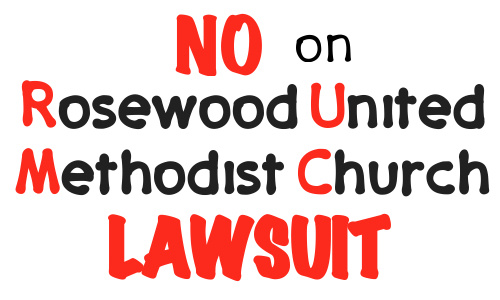 The undersigned individual members of the Rosewood United Methodist Church hereby submits this petition to manifest the following observations and opposition to the filing of the on-going case on certain members of the Church:

In view of the foregoing manifestation and protestations, the undersigned hereby petitions that the following affirmative actions be undertaken to REDRESS and RESOLVE the issues mentioned and for them to be freed from being harmed and being held liable as a consequence of the filed case:

Further, the undersigned individuals would like to manifest the following warnings and social and spiritual ramifications, of the filed case if it becomes a precedence to future events and to the future of the Church: