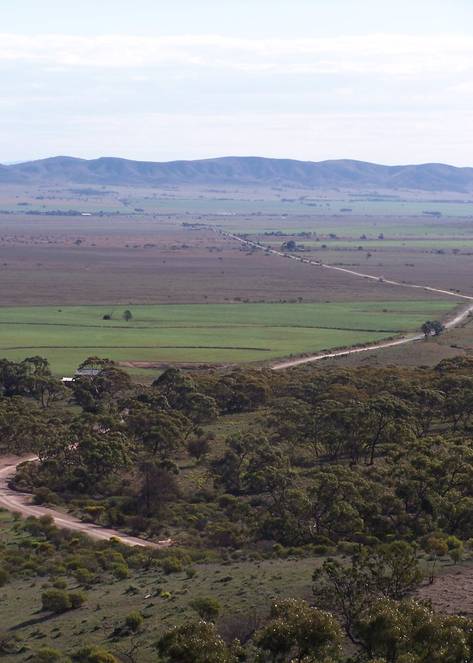 No Nuclear Waste Dump in the Flinders Ranges, South Australia

WE OPPOSE A NUCLEAR WASTE FACILITY FOR THE FLINDERS RANGES.

It is disappointing that the state government and opposition would even consider such an atrocity as a nuclear waste dump for our state and invest effort in seriously exploring its feasibility, especially whilst failing to do the same for more environmentally safe and economic ideas to boost South Australia's economy and green attributes, such as solar power.

The Nuclear Fuel Cycle Royal Commission Tentative Findings Report contains many generously overstated ambitions, almost no analysis of the environmental, tourism or agricultural consequences with its focus on narrowly supported economic benefits. The media has claimed that there is ‘scientific consensus’ on supporting a waste facility for South Australia, despite there being many scientific professionals disagreeing with it. I urge you to read on, consider my own personal research into the matter and to independently consider the long term economic, health, safety and environmental costs for yourself.
Advocates for the facility have stated that as a state which supposedly ‘benefits’ from uranium mining in its far north, shipping the extracted products out to other countries, that we have a responsibility to deal with the waste created from such products. I disagree; it is questionable whether South Australia actually has benefited from mining as much as we are led to believe, with 83% of all mining profits going to overseas companies according to the Australian Institute’s paper #7, ‘Mining the Truth’ (Richardson, D. Denniss, R. 2011, p. 17). This is a topic that we recently explored at University during our Environment: A Human Perspective course; it is what is known as ‘Privatizing profits, socializing losses’. According to Professor Ian Lowe, Emeritus Professor of Science, Technology and Society at Griffith University and a member of the Royal Commission’s Expert Advisory Committee, the royalties from Roxby Downs uranium mining, for example, only contributes $4 each year for each South Australian. Professor Ian Lowe also describes the prospect of nuclear power and processing as economically unfeasible and describes the storage of waste as being;
“...based on generous assumptions about the willingness of those countries to pay for the removal of their waste. Independent analysis by The Australia Institute questions those assumptions and concludes the operation would probably not be profitable. The Commission also notes "there are no
operating models for the commercial transfer of used fuel for disposal. Any proposal to store and dispose of used fuel in South Australia would require agreements between customer countries and both the federal and state governments". (Green, J. p. 4)

Associate Professor Mark Diesendorf from Interdisciplinary Environmental Studies at the University of New South Wales, describes the Royal Commission’s advocating of nuclear waste storage as being based on insufficient evidence;

“...it supports a combination of above-ground interim storage of dry casks together with underground ‘permanent’ storage. The rationale for this economically risky scheme is slender, being based on the quantities of wastes held in temporary storage by countries with nuclear power stations. The report is not troubled by the fact that no country, not even the USA, has so far
succeeded in building and operating an underground waste dump.

"It fails to address the points raised by the Australia Institute, questioning, for example, why nuclear countries would pay to export their wastes when it may be cheaper to manage them at home. The economic analysis justifying this scheme is a single 2016 study, most of whose assumptions are not stated in the Commission’s report. The Commission discusses the alleged benefits of this scheme, while failing to acknowledge the economic risks of Australia managing high-level wastes for hundreds of thousands of years by means of unproven technologies and social institutions."(Green, J. p. 5)

Concerns about environmental and safety affects of the waste depot are not the result of over-emotional, irrational fears. There are many examples of tragic human error, the Waste Isolation Pilot Plant in the U.S. state of New Mexico being one; the public was reassured there would only be one accident every 200,000 years of its operation, however in the first 15 years, an incident occurred exposing twenty three workers to unsafe levels of radiation.