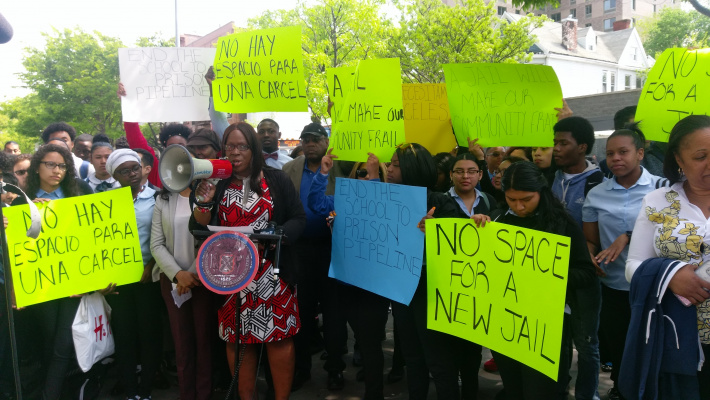 While we stand behind your commitment to closing Rikers Island and support borough based jail facilities, we strongly oppose locating a borough based facility along the E. 161st Street Corridor. In addition to being adjacent to the Bronx Hall of Justice, the proposed site is also next to Franz Siegel Elementary School Building, St. Angela Merici Catholic School, the Melrose Public Library, and directly behind the High School for Law Government and Justice. Concourse is a thriving community and we urge you not to sacrifice our progress when there are other, better options for siting a borough based jail facility.

A new jail at E. 161, behind the Bronx Hall of Justice, would bring additional traffic to an area that already regularly experiencing gridlock. District 16 is already home to a number of municipal services including the Bronx Civic Area, the District Attorney’s office, the Bronx Courts system, as well as Yankees Stadium. Unless the City comes up with a real plan to reduce congestion, it’s unfair and unsafe to site a jail in this neighborhood.

We believe it is unacceptable for any students to go to school in the shadow of a jail. We are counting on you to support black and brown students in the Bronx by dismantling the school to prison pipeline, not bringing it closer to the classroom. Our young people deserve better.

As students, parents, teachers, residents, merchants, and concerned citizens, we demand that you find an alternative site for the Bronx jail.