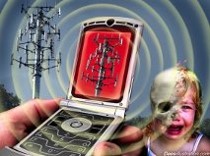 No More Mobile Masts Next to Our Children

We the undersigned are against the placement of further telecommunication masts on the Territorial Army Building in Balham (213 Balham High Road SW17 7BQ).

EE plans to locate four additional mobile masts on the rooftop of the Territorial Army building, which is already a host of six visible telecom antennas. This building is also next to or in immediate proximity to three primary schools (Rutherford House 15m, Eveline Day School 45m, Bertrum House 150m), a nursery - 100m, a children play center -70m, a care home and a number of residential homes.

All of the existing antennas have been installed on their respective places at a time when there were no children establishments nearby.

Despite Rutherford House School refusal to host the proposed masts following a parental consultation EE is going ahead with plans to place them just 15m from the school in blatant disregard to the unequivocal opposition of the RHS parents.

Electromagnetic radiation (such as from telecom masts) has been linked to a plethora of diseases such as brain tumors, cancers, damage to DNA and genes, adverse effects on memory, learning, behavior and attention deficits, sleep disruption and neurological diseases like Alzheimer’s, immune system’s function disruption – to name a few.

Current UK radiation protection guidelines are much laxer than in many other countries (such as Belgium, Italy, Austria, China, Luxembourg, Russia, Switzerland), which has the disadvantage that they protect only against heating (thermal effects) but not against biological effects – i.e. the non-heating effects that scientists have now proved change the cell and are behind the majority of the diseases cited above.

In light of all this having an antenna cluster next to a children establishment is most unfortunate given the fact that children are even more vulnerable than adults. Their bodies and brains are still developing which offers more opportunities for damages and adverse development effects. Their immune systems are weaker, their skulls smaller and thinner causing them to absorb substantially more radiation than adults. Children have a longer lifetime exposure compared to adults with as of yet unknown long term health effects.

In that respect WHO and the Institute for Cancer Research have classified electromagnetic fields as a possible carcinogen in 2011 and recommended further research on the subject. Equally the Council of Europe in its Resolution from May 2011 called on governments to "take all reasonable measures" to reduce exposure to electromagnetic fields and to apply a precautionary approach in particularly with regards to “vulnerable groups such as young people and children”. The Council warned that "inaction could lead to extremely high human and economic costs"

Some countries, specifically New Zealand, Australia, Sweden, Italy and parts of the United States, have followed the precautionary principle further by banning mobile phone masts in or near schools.

UK authorities (NHS, Public Health England as well as the MTHR Programme, jointly set by UK Government and Telecom industry) acknowledge the fact that a further research is needed to quantify the long-term effects on human health. All their safety findings so far cover only the 1st 15 years of usage.Previous public health threats (tobacco, asbestos, sun-bed cancers) indicate that the evidence of risk often increases as research progresses.

Therefore until it has been proven there is no danger to youngsters, children in particular should not be exposed to the 'potential' dangers of masts. We do not want to wait for irrefutable evidence that mast radiation is harmful. Given a latency lag of up to 20 years for many tumors and risk diseases at that point it might be already too late for our children.

By signing this petition the signatories declare that they object to the proposed erection of EE mobile phone masts on Territorial Army building on 213 Balham High Road on grounds of the uncertain health risks of locating communication masts near schools, homes and play areas, because of the associated stress and anxiety connected with it and the apparent lack of consideration by EE as to the concerns of the parents .

We would also like to appeal to the Territorial Army Landlord to reconsider its decision to proceed with the masts installation.

Lastly we would like to request the Wandsworth council to use all of its executive powers to stop these masts.

NB. If you decide to support us please sign up with both of your names. Thank you!