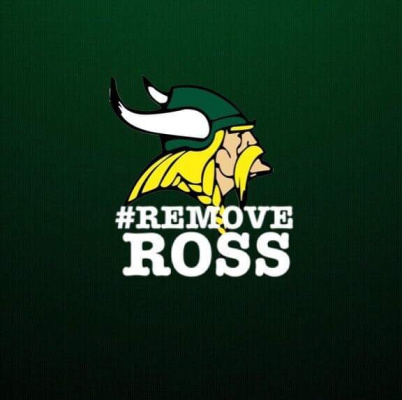 Sue Ross does not have the pulse of the students, teachers and families in this community. Ross has failed to effectively engage and communicate with parents, students and teachers on a consistent basis. As a current senior at Valley said, “I’ve seen more of the LVHS Principal yesterday than I’ve seen in all of my four years here.” She has failed at being honest and transparent about school safety. The students are not able to be educated to their full potential because Ross has been ineffective in maintaining and consistently enforcing discipline guidelines for the school.

There is no confidence in Sue Ross as principal due to an ongoing series of issues. She has bullied and belittled teachers, students and parents if anyone questions her authority and purpose. As an example, her handling of the ongoing bathroom vaping problem has been inadequate to say the least. Her lack of good leadership as a principal has been an impediment to students’ academic achievement. The climate survey reflects students are more stressed and anxious in Valley because of the non-disciplinary guidance and students going overboard on “wellness walks”, “hydration breaks”, “seeing friends in other classrooms” and “car passes” DURING class. Parents are concerned with the leadership not knowing where their teenagers are during school since it is a closed campus. Ross stated the students are just too kind to each other and open other doors in the building for their peers. When asked to see surveillance tapes of a pedophile who badged his ID into LVHS more than any other school, Ross and her leadership took two days to get back to law enforcement with the statement that the surveillance wasn’t working properly.

Ross’s lack of communication with parents about important matters such as death threats to the school, attempted suicides and concern for students’ safety was nothing more than a short email stating that these substantive issues are just a rumor. She has caused a great deal of concern and controversy because her statements are not consistent with what is actually happening in the school. Parents and student concerns are myth’s as Sue Ross tells a large group of parents. Instead of understanding parents’ concerns, Ross sends them Cease and Desist letters.

Principal Ross has failed to gain the trust and support of the LVHS community because of her inability to effectively lead LVHS. Over her many years, Ross continues to not back up the teachers in regard to disciplinary guidelines and academic expectations. As a result, teachers fear for their jobs and are very reluctant to speak up when things are not right. LVHS has already lost many good teachers because of Ross’ ineffective leadership and many more departures will follow if Ross is still principal. These teachers are the backbone of this high school and the only reason families aren’t moving out in droves. Our students need better leadership at LVHS. We can do better!

As taxpayers, citizens and parents, we are demanding that our concerns be taken seriously and met without resistance. We petition to remove Sue Ross from Loudoun Valley High School as principal.