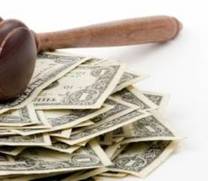 By the same token, I call upon the World Peace and Unification Sanctuary NOT to respond with a legal action of its own, thus bringing forth a never ending spiral that further tears apart the unity and harmony for which we all hope.

Precious donations from brothers and sisters should be used to help those in need and for education to bring God’s lost children back into the realm of God’s love. As an owner of Cheon Il Guk, I insist that my donations not be used for a contrary purpose.

But a Pharisee named Gamaliel, a teacher of the law, who was honored by all the people, stood up in the Sanhedrin and ordered that the men be put outside for a little while. Then he addressed the Sanhedrin: “Men of Israel, consider carefully what you intend to do to these men. Some time ago Theudas appeared, claiming to be somebody, and about four hundred men rallied to him. He was killed, all his followers were dispersed, and it all came to nothing. After him, Judas the Galilean appeared in the days of the census and led a band of people in revolt. He too was killed, and all his followers were scattered. Therefore, in the present case I advise you: Leave these men alone! Let them go! For if their purpose or activity is of human origin, it will fail. But if it is from God, you will not be able to stop these men; you will only find yourselves fighting against God.” Acts 5:34-39 (NIV)

P.S. As a member of the 2nd generation, it hurts me to witness the 1st generation resorting to lawsuits to settle their conflicts. From my understanding, 2nd generation have a strong intuition to solve things through peace. This lawsuit would turn a lot of us off from the Church and have many further go their separate ways because this lawsuit is not a clear act of True Love that leads to True Unity! As a member of the 2nd generation, I want to see true unity under our God occur through peaceful cooperation. Even if it takes extreme patience on both sides! As long as people are sincere to principally unite under God, there would be no need to use force and coercion. Just because it is legal, doesn’t make it right! Gideon Raucci