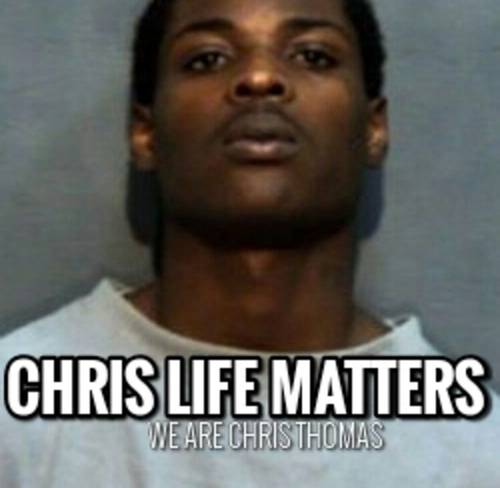 NO MORE FEAR OF A KILLER WITH A GUN, A BADGE, AND A VICIOUS DOG

438 people have signed this petition. Add your name now!

The City of Dothan, Alabama is home to a killer with a gun, a badge, and a vicious dog named Zipo. Officer Darren Moody is his name. On June 28th 2012 after a less than 2 minute (109 seconds exactly) illegal and prohibited high speed pursuit. Officer Moody shot unarmed Christopher Thomas numerous times at nearly point blank range, instantly killing him. The officer completely violated countless department policies from the start of the prohibited pursuit , until the end of the prohibited pursuit , wich subsequently ended Chris's life. The officer , fellow officers, and expert testimony that is undisputed. Prove that this was illegally, and intentionally labeled a justifiable homicide with assistance from Dothan's overwhelmingly corrupt judicial and government officials. The officer's prior employment history before being hired in Dothan to kill, harass, deprive rights, and install fear in the community ,was violent and illegal. His former boss Recommended he needed some mental help, Instead Dothan Police Department gave him a gun,badge, and a vicious dog. Following the murder of Chris Thomas, the city of Dothan crowned this killer officer of the year. According to his background history in law enforcement this should clearly be the last stop for officer Moody in law enforcement. Surely no one else would jeopardize the lives of thousands to employ this mad man, only to be held reliable for his actions when he strikes again, surely he will strike again if he isn't stopped immediately. Numerous complaints have been filed on him and his vicious k-9 in Dothan. The city has fired other officers for far less department policy violations such as Facebook policy violations, but continue to ignore the countless violations and murder committed by Officer Moody. No longer should the family members , friends, and witneses be afraid to speak , because the killer is on the loose with a license to kill 4 years later. The community comes now praying for the immediate termination of Officer Moody, and all others responsible for his current employment with the Dothan police Department. This petition sincerely seeks honest, fair and unbiased justice for Christopher Jerome Thomas. Every voice, and every signature counts. "Chris life matters."