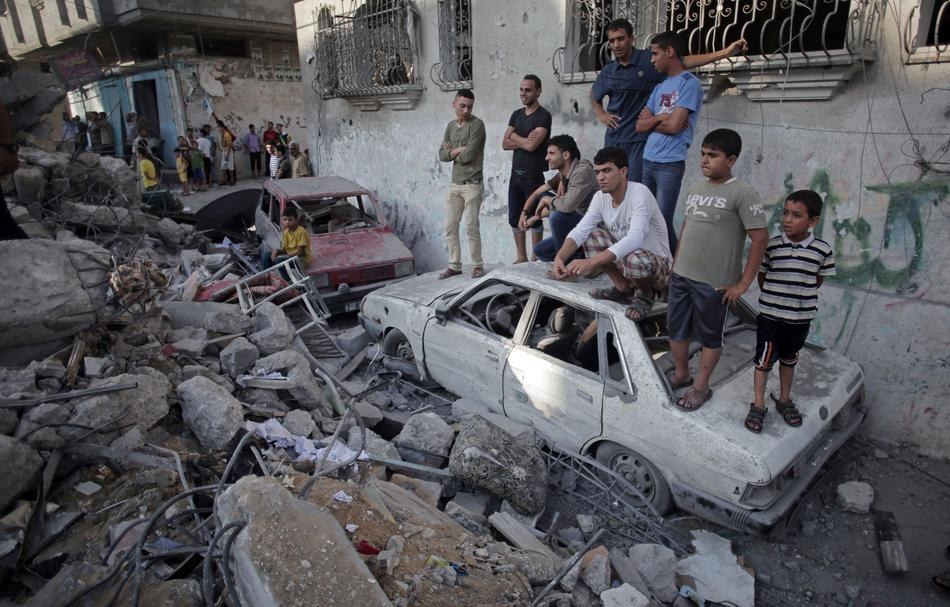 No More Aid to Israel - Genocide of Palestinians Must STOP!

I have refrained from speaking out about the dreadful state of affairs in the Middle East for far too long now. Your own position regarding this may not be as extreme as others, but America's support for the Zionist entity known as Israel has simply got to come to an end. Americans have NO CLUE what is really going on over there, and it is a direct result of the virtually total Zionist control of the mainstream media (newspapers, magazines, TV, radio and Hollywood) that we are for the most part kept completely in the dark.

I would ask that you and your staff watch the following documentary, which illustrates most of what Americans are NOT allowed to see or know about regarding the Israeli-Palestinian conflict. It is about 90 minutes long.

There is much more information about this at the following website:

Because Americans have been systematically kept in the dark, they are not capable of making intelligent decisions regarding our Middle East foreign policy in general and our support of Israel in particular. I would strongly suspect that most Americans would shift their views considerably, had they only been exposed to the information in this video and website above.

This situation has gone one far too long now. For decades, Palestinians who were there long before the creation of Israel in 1948 are having their homes bulldozed by the Israeli government without so much as a dime in compensation to them, to make way for illegal Jewish settlements. Since 1967, over 28,000 Palestinian homes have been destroyed by Israelis. In fact, since even before 1948, over 400 former Palestinian villages have been completely wiped off the map, their former inhabitants either killed or forced to relocate elsewhere. There is no way anyone can tell me that this is a "just and fair" policy. It is frankly an INHUMAN policy, and one which I can no longer condone (not that I ever have). It's just that I cannot remain silent about it any longer.

Our support for the Israeli state simply must come to an end. Horrible atrocities have been committed in the name of America's support for Israel, which they would not have if these same Americans were properly informed in the first place. So not only does America need to withdraw its support for Israel, there needs to be an intensive investigation made into why Americans have been lied to for so long about this by the mainstream media. Our republic cannot last when our people are not properly informed about what is going on in the world.