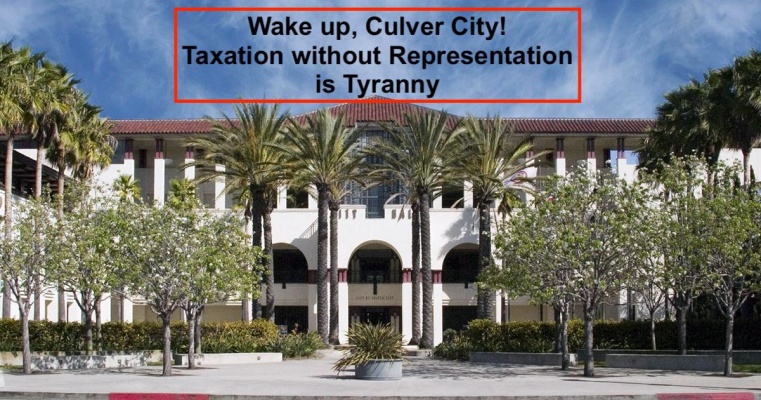 CULVER CITY RESIDENTS -- A RESOLUTION TO NO LONGER ENDORSE A NEGLIGENT CITY COUNCIL.

A RESOLUTION OF CULVER CITY RESIDENTS TO NO LONGER ENDORSE A NEGLIGENT CITY COUNCIL.

WHEREAS, the City Council of Culver City ("Council") has failed to engage in an open and honest public debate about their proposal to remove R-1 single family zoning; and,

WHEREAS, the Council has repeatedly used an incendiary argument of racism and exclusionary zoning as justification for their proposed radical zoning ordinance change; and,

WHEREAS, the Council has manipulated or misunderstood the Euclid vs. Ambler 1926 Supreme Court case findings as The Court’s opinion held the Ambler Realty Company was not allowed to overdevelop the City of Euclid; and,

WHEREAS, the Council has ignored resident input that runs contrary to their proposal to radically change R-1 zoning; and,

WHEREAS, the Council has failed to demonstrate the case to homeowners that changing R-1 zoning would actually achieve the stated goals of affordable housing; and,

WHEREAS, the Council has ignored discussion and evidence from its own Planning Department and Planning Committees that current zoning ordinances already allow Culver City to meet the future housing goals determined by the State.

NOW, THEREFORE, a resident of Culver City, I, the undersigned, DO RESOLVE as follows:

(A) No longer shall I endorse a Council that mistakes working for the residents with running the City from their own political agendas;

(C) No longer shall I endorse a Council that financially and ideologically supports the work of cherry-picked university professors, urban planners, and political action groups that already agree to Council positions prior to any public debate;

(D) No longer shall I endorse a Council that attempts to bully its way into the hearts and minds of residents with loaded language, accusatory statements, willful ignorance, and a disregard for the will of the people; and

(E) No longer shall I endorse a Council that in the name of social justice creates a divisive environment of propaganda, manipulation, name calling, and logical fallacies, which serves to obstruct the actual and necessary hard work of social justice.

Endorsed by THE UNDERSIGNED RESIDENTS.