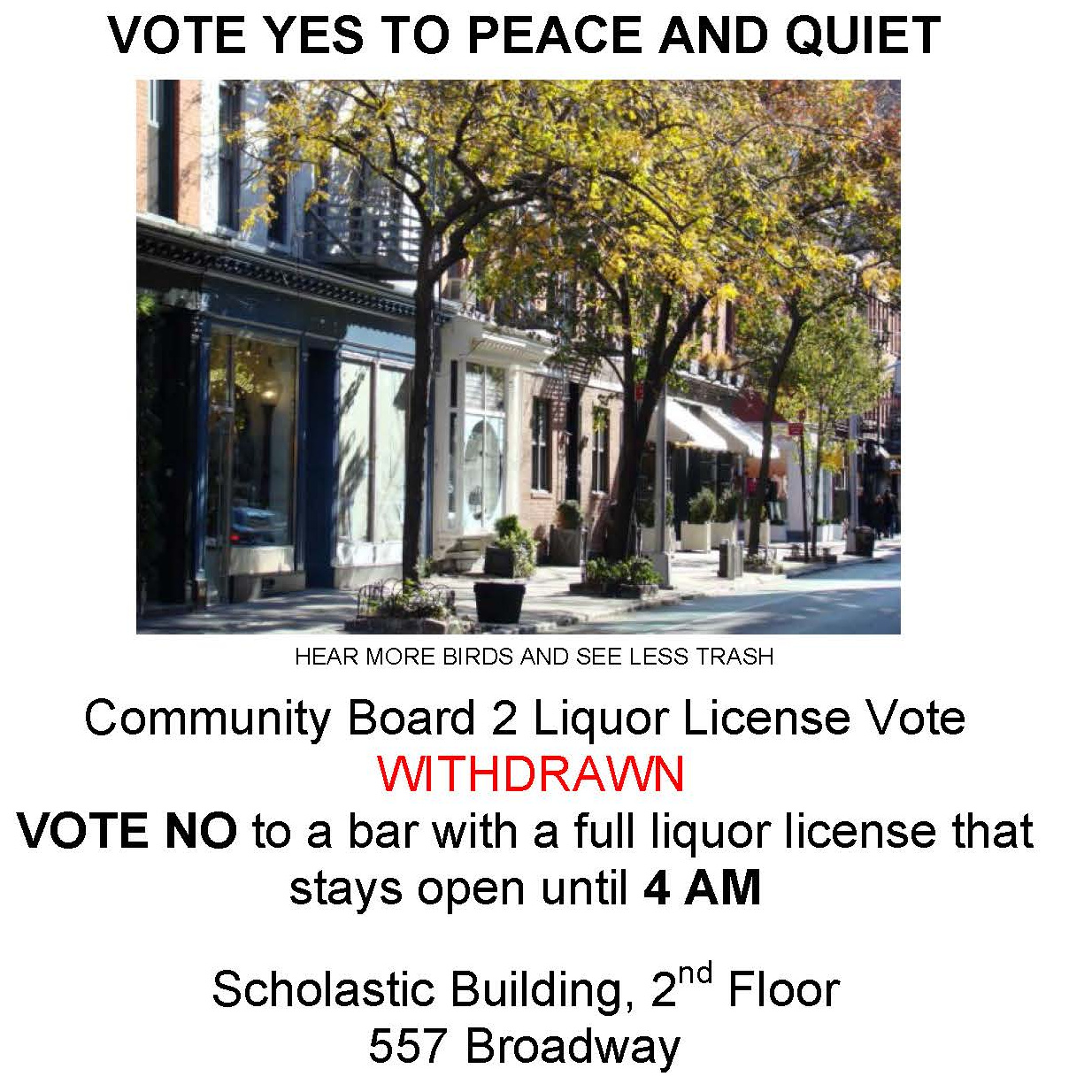 We, the undersigned residents in the vicinity of 160-162 Prince Street,

implore Community Board 2 Manhattan and the New York State Liquor Authority to disapprove a full liquor license for the Martignetti Brothers' Lihou LLC, currently operating a highly disruptive establishment at 406 Broome Street d/b/a Brinkley's. Neighbors of Brinkley's have complained for years, as these operators line up boisterous crowds of party-goers outside their bar/clubs all night long, waiting to jam them inside the crowded bar as the music blares and the party swings well into the night. There have been reports of dangerous overcrowding and other violations. Neighbors have complained of sleepless nights till near dawn, reporting vomit, trash, and public urination when the drunken revelers depart. Even people friendly to the club scene accuse these guys of being bad operators.

They will be applying for a liquor license in June at the community board. NYS law severely restricts new liquor licenses if there already exist other licensed premises nearby. 160-162 Prince St. is on an over-saturated, pedestrian- and traffic-congested corner; we cannot take the addition of a disruptive establishment at this largely residential location. We are a quiet, family neighborhood. (Signatures gathered May 10, 2015 to Present.)