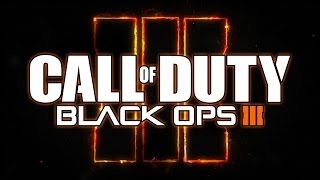 I think most people can agree that exo suits should not return to Black Ops 3. Exo suits are really hard when playing zombies. Especially when the zombies have them too! Exo suits are not what should be in call of duty right now. It was only a matter of time before they, or some other things like it, were added in. Exo suits were all fun and cool when they were first showed in Call of Duty Advanced Wafare. I heard and saw that a lot people didn't even want the next cod to be past modern time. In fact, they wanted it to be in the past around World War 2. It is already a let down that the next Call of Duty is in fact in the future, but to add Exo Suits would make the game much worse. I know that there are people out there that agree with me. Exo Suits have changed the whole way Call of Duty was played in Advanced Warfare. Let's not do the same with Balck Ops 3. I think that Treyarch should know what exo suits would do to zombies. Because of this I think that exo suits should not be included in Black Ops 3. If anything should be taken from Advanced Warfare and be implemented into Black Ops 3 it should be the weapon variants and the supply drops. Those were some of Advanced Warfare's best features. All it takes to make this petition known is for you to put your first and last name in (doesn't have to be your real name) and put your email in. It's really that simple. So if you agree with me just take half of minute of your time to type in your name and email. It would truly help this cause out a lot. Every signature counts.