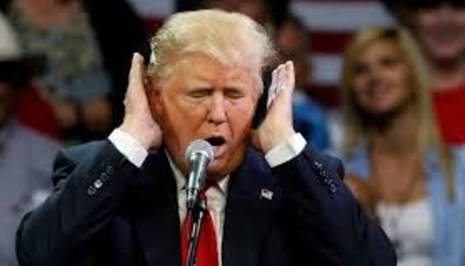 We, the undersigned, petition the members of the the Electoral College to withhold any vote for Donald J. Trump as President of the United States unless he begins, and vows to continue, to participate in daily intelligence briefings. We ask this because:

Mr. Trump has no background in government, nor long-standing involvement in world affairs as they affect the governing of this country.

Mr. Trump has refused most daily intelligent briefings offered since becoming the President-Elect.

Mr. Trump has stated, "You know, I'm, like, a smart person. I don't have to be told the same thing in the same words every single day."

We believe even a smart person cannot make informed, rational decisions without sufficient data upon which to base those decisions.

We fear for our country's safety and security under an uninformed or under-informed President who could be missing data or nuance due to failure to accept daily intelligence briefings.

Should actions by Mr. Trump, based on his ignorance of international intelligence, draw us into conflict or war, our children and/or our friends are of an age to have to defend our country in military service, and we value their lives too much to allow such uninformed conflict.