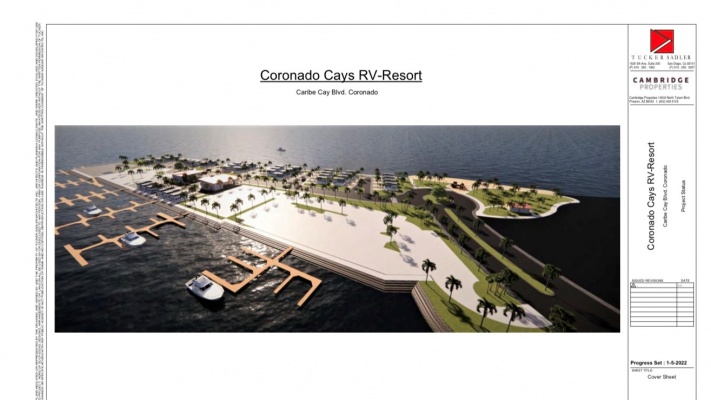 Details are below, but the inescapable conclusions are that the proposal would:

Five reasons to oppose this proposal:

First, the developer misrepresents the project as an RV resort, which it is not. The current proposal shows a hotel. There are concrete driveways adjacent to the 47 proposed buildings that could accommodate RVs, but no RVs are shown in the developer’s graphics. The take-away is that the developer wants to pass this off as an RV resort to suggest it that it is intended to be less costly to guests than a hotel. Whether this is a hotel or an RV development (are the drawings vague on purpose?), both would cause serious and irreparable harm to the community.

The Port’s June 5, 2020 letter to the developer objected to his “entire plan” and labelled "wholly without merit" and "disingenuous" the developer’s claims that the Port had indicated support for the project. The Port emphasized that a hotel on this property would be out of place as “too intense for the quiet nature of the surrounding areas” (traffic, parking issues and noise) and noted strong community opposition to past hotel proposals. The harm posed by an RV resort would only be worse given the noise from diesel engines, generators and the need for sewage hook-ups.

Third, a proposed hotel with all its guests and staff, not to mention delivery and service personnel, would over-burden our streets, particularly our already congested main entrance road. RVs would increase traffic burdens even more. Likewise, guests would fill up the Cays tennis courts and bay beach areas, while all the hotel buildings or RVs on Grand Caribe Isle would destroy the panoramic views of the bay from Grand Caribe now enjoyed by residents and visitors.

Fourth, the developer apparently is not asking the Port for an extension of his lease of the property, which expires in 2034. Does this mean he is trying to get approval for a hotel and then sell the lease?

Fifth, this is the sixth large hotel, spa, or time-share development proposed for North Grand Caribe Isle in the 30 years. All past proposals were defeated because of strong opposition by Cays residents, the Coronado Cays Homeowners Association (which has notified the Port of its opposition to the current proposal), and the City of Coronado. This latest proposal is just as objectionable as all the previous ones: a hotel, with or without an RV component, does not fit in our residential neighborhood. We already have a hotel, the Loews, next door to the Cays and we have major RV parks at the Silver Strand State Beach and Fiddler’s Cove. We don’t need the traffic, noise, parties, and lights from a hotel/RV park in the middle of our community.