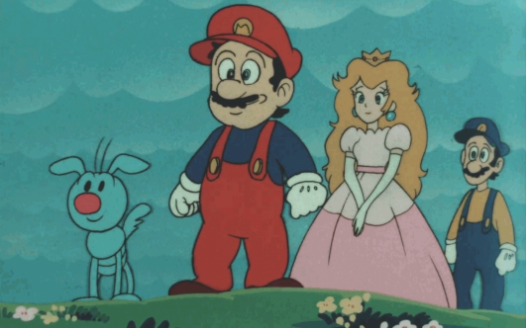 To whom this may concern:

Hi! I'm writing to you in regard to a certain "Super Mario Bros." feature film, and I'm asking you to look into its re-release. You see, when the live-action "Super Mario Bros." film was released in the year 1993, it suffered both critical and commercial failure for being too dark, violent, and unfaithful in plot to Nintendo's wildly popular video game series. I understand that while this is currently the most talked-about "Super Mario Bros." movie at the moment, it was not the first one. An animated movie was made previous to this, dating as far back as 1986.

The movie, which is about an hour in length, is titled "Sūpā Mario Burazāzu Pīchi-hime Kyushutsu Dai Sakusen!", which, in Japanese, means "Super Mario Bros.: The Great Mission to Rescue Princess Peach!" This was one of the first movies ever based on a video game, produced by Grouper Productions in cooperation with Nintendo and distributed by the Shochiku Company. This film has been considered lost for many years, and to this day, it remains one of the rarest pieces of "Mario" media ever made.

Many "Mario" fans, including myself, would love to see this obscure classic released internationally. Could you please consider releasing the "Super Mario Bros." anime movie internationally? Thank you.