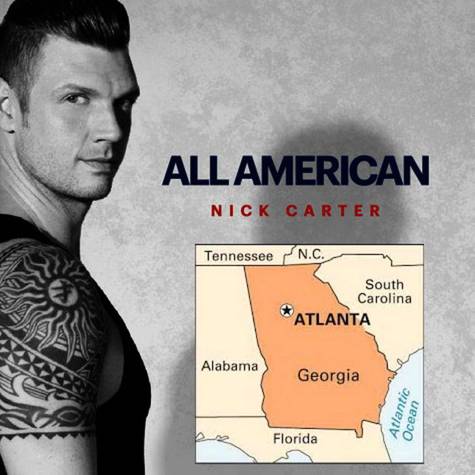 We want @NickCarter to bring his "All American" tour to Atlanta

We want Nick Carter to bring his "All American" tour to Atlanta. The only southern shows are in Nashville and Raleigh. Atlanta has a STRONG fanbase and we want a show!

There are several days between Nick's Texas shows and his show in Raleigh that would be perfect for an Atlanta show.

Many of the venues that he would play in Atlanta do not have concerts set on that Sunday or Monday, including Masquerade (click here) or Centre Stage (which Nick & Knight played at The Loft in 2014 - click here). Star 94 (which BSB played their Jingle Ball in 2014) and DJ's from the radio station, along with Kicks 101.5 (a country station), Power 96.1 and Q100 have all RT'd our tweets about the petition.

Nick has never done a solo show in Atlanta (other than his Nick & Knight) show. The Now or Never tour came to Valdosta at Wild Adventures on April 5, 2003 after I talked at length and worked with the management to book him.

What's more All American than some Georgia peaches?

COME ON, Carter! The ALL AMERICAN GIRLS IN THE USA from Georgia want you in Atlanta! (See what I did there?)