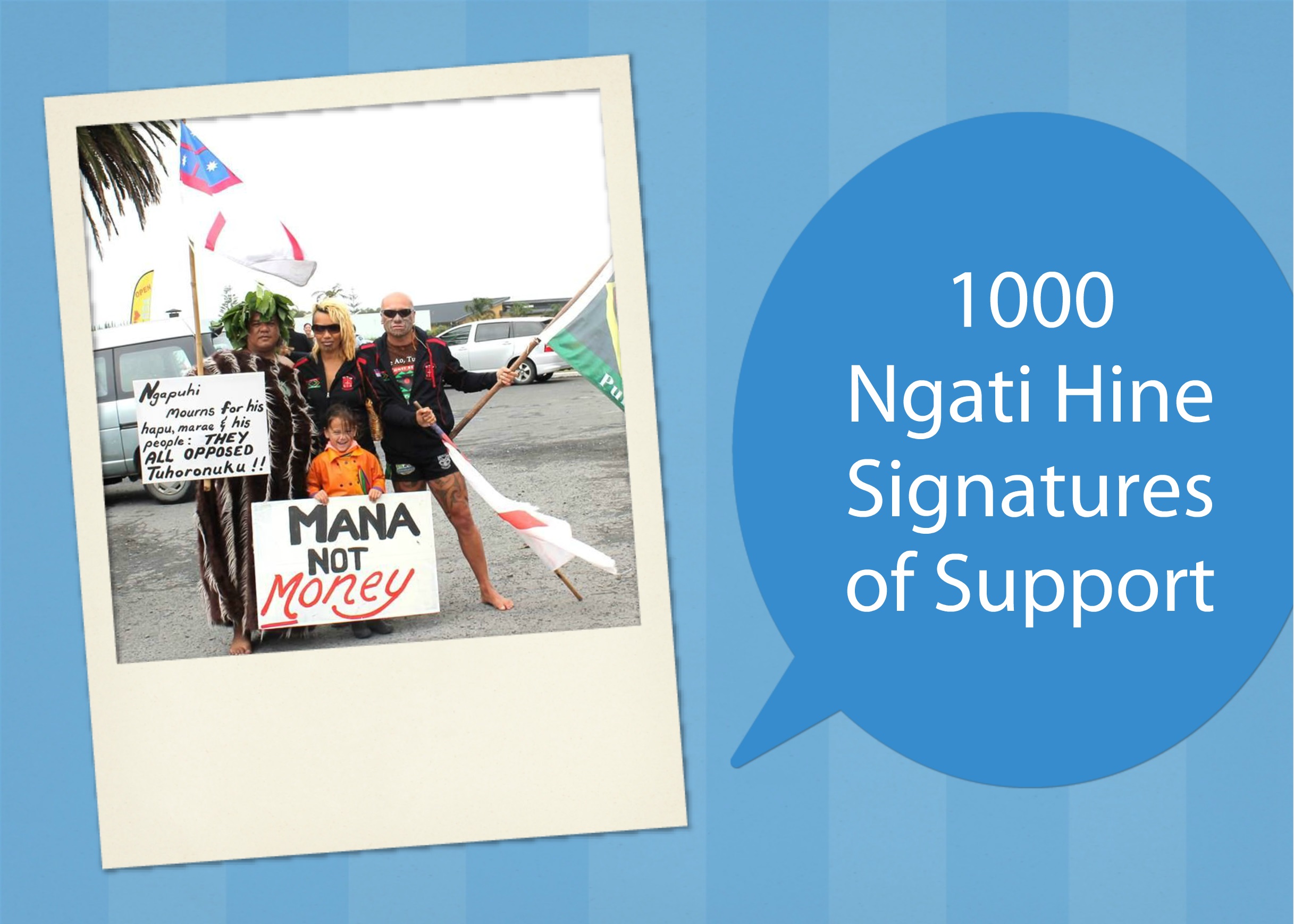 At the Te Runanga o Ngati Hine annual general meeting of Te Maara a Hineamaru held on Saturday 1 March 2014, Ngati Hine resolved to continue to oppose Tuhoronuku and to withdraw from the Tuhoronuku Deed of Mandate.

I oppose the nominations, Marcia Hau, Joe Davis and Mere Mangu, and any others as Hapu Kaikorero for Ngati Hine and its hapu ririki on the Tuhoronuku Independent Mandated Authority.

Please insure that you put the details below in the comment box provided.

Tuhoronuku Registration Number: (if any)