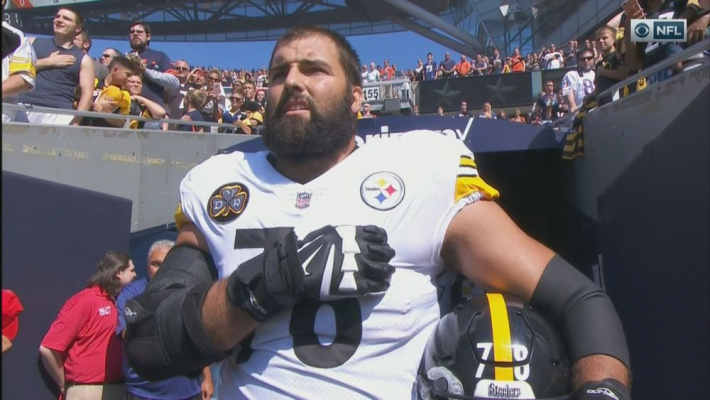 One of the greatest memories as a kid is either watching or learning to play the game of football. It is a team sport that promotes physical fitness, bonds kids and parents as a sports family, and even allows kids to dream about becoming a professional player.

Recently, the game has become tarnished because of personal beliefs about the injustices in our great nation. While no society is perfect, the United State of America is by far the greatest nation on the planet. Otherwise, why would we have so many immigrants traveling to our beloved country?

As an NFL fan, you support a team of choice, possibly because of where you live, or possibly because that is the team your family supported while you were growing up. It is truly one of the greatest games to play and watch.

Game? That's right, this is a GAME! NFL players are getting paid millions of dollars to play a game. The fact that these players have the right to kneel during our beloved national anthem, was provided them by the wonderful men and women that serve, have served, and even paid the ultimate price for freedom in this country. The United States Military has provided these ungrateful players their right to kneel during the song, that these soldiers have fought and died for. Our National Anthem and Flag are symbols of this great land and the freedoms we enjoy every day, not thanks in part, but ENTIRELY in thanks to our military.

Even though I am not a Steeler fan, I am a fan of Army Veteran Alejandro Villanueva. Even thought the rest of the team stayed in the locker room, at least he had the guts to do the right thing. Something to be said for integrity in this day and age, right ?

Most all of my life, I have been an NFL fan, until now. I'm done. Until these athletes pull their heads out of their back sides, I am done with the NFL. Not in part, but in its entirety. No watching on TV. No going to games. No buying jerseys. NOTHING!

The NFL will not get another dime of my money.

I plan to boycott the NFL .........until there is some sense of honor, pride, dignity and common sense reinstated to this sport.

If you can find other things to do on Sunday afternoon like myself, then please sign this petition and let the NFL know that we are fed up with their lack of respect for our National Anthem, our Flag and the greatest country on the planet, the United States of America. God bless the USA !