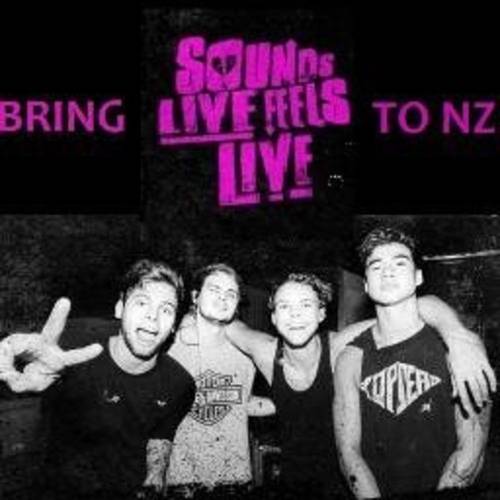 This is a petition to try and bring the 5 Seconds of Summer boys to New Zealand for their world tour of Sounds Live Feels Live! Currently there are no dates released for New Zealand and we believe that the whole of the tour has already been announced. Basically this page is to show the boys that there is a demand for them to come back to NZ and to show them that we'd truly want to see them perform this great album live! Not all of us from NZ can afford a trip out of the country to somewhere they are playing. So this is an attempt to see if they could put on a show for us Kiwi's!! Boys, New Zealand would love the chance to jam out with you to Sounds Good Feels Good, even if it is only for one show!