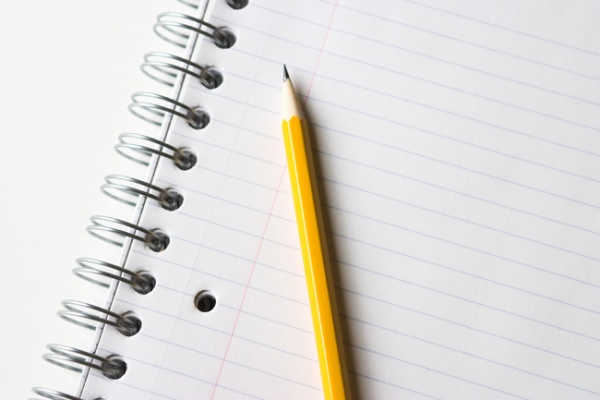 A Push for Specific Actions with Community Support

We are looking to build on the efforts of the Newton Public Schools (NPS) and FORJ to propose action on three fronts: hiring more Black teachers, strengthening the disciplinary process in response to racist incidents, and reducing racial disparity in discipline in the schools. Below you will find a statement and links to research on these problems. We are asking all concerned citizens of Newton to lend your names in support of finding concrete ways to make Newton a safer, more welcoming community for people of color.

This is not a petition, but rather an effort to build a shared understanding and community support for the difficult, but critical work of ensuring our school system is a place that creates opportunity for all and prepares all of our students with the best possible education and training for the 21st century world they’ll enter. There have been similar efforts in the past, including when Mayor Warren created the One Newton effort, and before that when his father was part of creating BCON (Black Citizens of Newton), which focused on building opportunity for Black citizens in Newton from outside the political system in order to transcend elections and appointments. Now former Mayor Warren and his wife, Tassy, are organizing to support progress in the Newton Public Schools, which both of their children attend.

Ibram Kendi writes in his book How to be Anti-Racist that policies need to change first, and hearts and minds follow from that. In an interview with Ezra Klein, Kendi says, “I found that actually it was racist policies that were then leading to racist ideas. And then people were consuming those racist ideas, which was then leading to ignorance and hate.” This is an important guiding idea as Newton works to develop effective approaches to addressing racial inequities and build on our role as a leader in Massachusetts and the country.

Our city is known for its excellent schools – it’s one of the driving reasons people move and choose to raise their families here. While NPS have excellent teachers and many strong programs, Newton also has a great deal of work to do. We’re at a moment where many people are motivated to address the historically-rooted racial disparities that we see in communities across the country, including our own. It’s a moment where there’s an opportunity to garner broader community support for real change in our institutions.

A September 2020 letter signed by 500 residents laid bare a long pattern of racist incidents and behavior at Newton North High School, incidents that have been discussed on social media for years. There have been racist incidents in our schools as recently as this fall. Newton can do better. We acknowledge and support all efforts to address the many forms of discrimination seen in our city. This effort is particularly focused on the experiences of Black children and families because of the significance of the disparities that exist between Black students and their white peers – in completion of advanced placement courses, MCAS scores, and disciplinary response, among other areas.

These patterns, representing an opportunity gap, unfortunately repeat in other grades. It’s important to note that these disparities are not a result of any inherent differences in Black and White students or their families, but of the policies and conditions that have created these outcomes. Kendi speaks eloquently in an interview on WBUR about the racism inherent in discussions of the achievement gap:

“When people commonly think of the achievement gap… they typically think of this idea that black and Latinx and native children are achieving at a lower level than white and Asian children. And they're achieving at a lower level because there's something wrong with them. Because there's something they're not as individuals doing — there's something that parents were not doing there, [that] teachers are not doing. And so that's why you've had people support accountability measures for students and teachers, but not necessarily be willing to think about and look at these larger structural factors that are actually impacting what's happening in the classroom. … And, so, I think that's why, for me, I actually do prefer the term opportunity gap, because that changes what the problem is and thereby what the solution is”

Additional research on the disparities in disciplinary responses – not in behavior – can be found here. And the history that has created a misguided conception of Black criminality can be explored in The Condemnation of Blackness: Race, Crime, and the Making of Modern Urban America by Khalil Gibran Muhammad.

Significant work has happened in the past few years in particular to provide training to teachers and administrators around bias and anti-racism, hiring a DEI coordinator for NPS, and district support for the efforts of FORJ. These provide a critically important foundation to build on. Newton has always been a leader in K-12 education. This is a unique moment where our community can play a leading role in our nation – modeling what it looks like to be a city that creates a climate that embodies equity and creates the conditions where Black students – and all students – can learn and thrive.

This means relentlessly working to reduce the racial disparities that exist, and continuing to iterate and try new approaches until we see the outcomes we’re aiming for. If we do this, we’ll learn how to move outcomes for all kids who are not being well enough served by the school system or may not have access to outside resources to supplement their in-school education. This is good for ALL students.

There is growing research that shows the benefits of more diverse classrooms for all students in the quality of the intellectual engagement and outcomes as in building empathy and the ability to work effectively with different people – qualities that employers are looking for (See Katherine Phillips’ research on the benefits of diversity, this research brief from The National Coalition on School Diversity, as well as this report from The Century Foundation). Hiring more Black teachers is one important way to increase the diversity in classrooms and promote these kinds of discussions and skill development in our schools.

The way to catalyze change is to engage the broader community in calling for that change and in community involvement in making it happen. We want to build a coalition of parents, residents, and elected officials who are ready to support the school system’s efforts to address racial disparities and build a better school district for all students.

This initiative is meant to reflect a larger alliance of residents, from all levels and of all ethnicities, who support the goal of a better, more functionally anti-racist community – and that starts with our youngest residents. In The Sum of Us, author Heather McGee writes about Katherine Phillips’ research showing that more diverse groups are better able to come up with strong solutions and problem solve more effectively in a variety of settings, including education. Newton’s youngest citizens – our school children – need this experience to be able to be successful when they leave school.

Join us in calling for change and sign your name to show your commitment to working towards better outcomes based on evidence-based, data-driven policy recommendations. We are starting by asking the administration to recruit and retain more teachers of color, to strengthen the disciplinary process in response to racist incidents, and take steps to reduce racial disparities in discipline in our schools. More detail on the specifics can be found below.

If you agree that finding concrete ways to make Newton a safer, more welcoming community for people of color is a goal worth pursuing and pursuing now, if you believe that doing this will make Newton a better, stronger community for ALL of its residents, we hope that you will support this statement of resolve by allowing your name to stand next to ours. Thank you.

Recruiting and Retaining Teachers of Color:

Having teachers of color is critically important for students of color and beneficial for ALL students. Newton prides itself on being a leading school system in the state, and the country. It cannot live up to that reputation without addressing the racial makeup of the teaching force. According to the Department of Elementary and Secondary Education (DESE) data for the 2020-2021 school year, there were approximately 93 African American teachers in Newton, or 4.5% of all 2,046 teachers. We’d like to see that number doubled in the next five years. Some suggestions for how to make that happen:

The Calculus Project – fully fund the Calculus Project to support any student who wants to participate and can meet clearly described, achievable criteria. This is an example of the kind of additional support that can close racial and income opportunity gaps – and there is promising evidence of its effectiveness. This year there were more than 73 students who applied, but funding to only take 48.

Address racial disparities in discipline and strengthen response to incidents of racism or discrimination:

(For more information on Heather McGhee and Ibram X Kendi, we’d suggest listening to this and this or reading The Sum of Us and How to be an Antiracist. Another resource we’d recommend is this report from the National Scientific Council on Adolescence on the Intersection Between Adolescent Development and Anti-Black Racism)