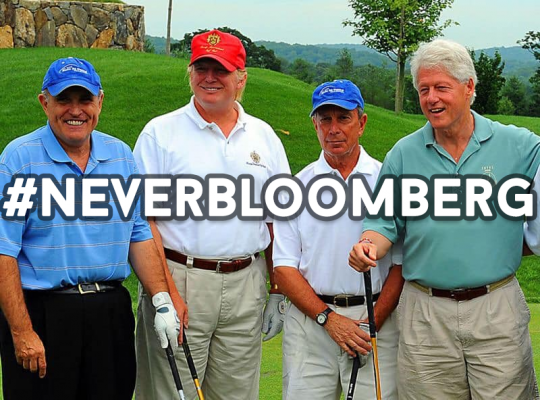 DNC: We Will Never Vote for Mike Bloomberg

In short, Michael Bloomberg is a racist Republican masquerading as a Democrat, who is using his billions of dollars and media empire to convince the public that he is good. Particularly using corrupt Black leadership to hide his racist past. For all the reasons we reject Donald Trump, we should also reject Michael Bloomberg. If our choices are two Republicans in 2020, then we should take this opportunity to form a new party or to call for the end of our current two party system in favor of a modern democracy or a more direct democracy that promotes shared economic prosperity instead of the current system that favors the 1% above all.