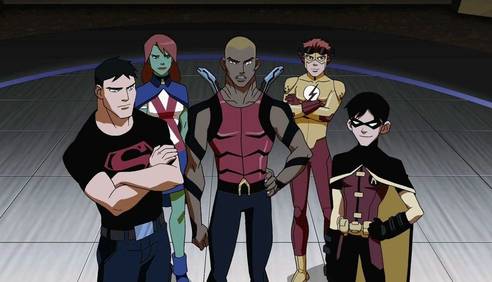 Netflix Needs to Bring Back Young Justice for Season 3!

551 people have signed this petition. Add your name now!

Ever since Young Justice season 2 was added to Netflix there's been a recent uprising among fans once again to bring the show back. However this time, not only was it the fans, but cast and crew alike all were joining together in an attempt to bring our beloved show back through Netflix.

With the #RenewYJ and #KeepBingingYJ hashtags both in effect, it looks like what we're doing is actually working. Not to mention a few tweets that confirmed as such, by Jason Spisask (aka Wally West), who confirmed that these next 7 days were vital if we wanted the show back, and a video by Danica McKellar (Miss Martian) who re-iterated the same thing. We here at Comic Book Universe thought this would be an excellent time to get a petition started to really show Netflix how passionate we were on getting the show back, on top of all the binge watching we're currently doing.

Why do we want Young Justice back? Well for one, it's undoubtedly one of the best DC Animated shows we've had, on par with the DC Animated Universe headed by Bruce Timm in the past. Two, they left us on one hell of a cliffhanger. Nightwing left the team, Aqualad was back as leader, and most importantly the reveal of Darkseid as an ally to Vandal Savage and the Light, at the very end. Thirdly, the death of Kid Flash. Wally West died a heroic death while assisting the Flash and Impulse. All of these storylines need to be wrapped, and I think I speak for all of us fans when I saw we deserve a satisfying ending.

And that is exactly why Young Justice needs to return, so boot up Netflix and start watching!

Brought to you by Comic Book Universe!