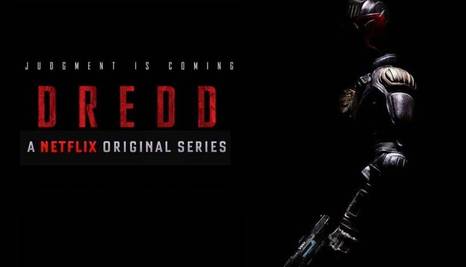 We reached our goal (and then some).

This petition is now being forwarded to Netflix for their attention.

I'd like to thank everyone who took the time to sign this petition to ask for MORE DREDD!

The good news now is that Rebellion, the company that owns the copyright to Judge Dredd, have launched a campaign which is embracing our wish to see Dredd on our TV screens.

The amount of online chatter our petition has created over the last few weeks has obviously caught their attention, and so the baton will now be passed.

If you wish to continue showing your support for this great cause can you please click the link, read up and SIGN.

We want Netflix to create a TV series based on the 2012 film Dredd.

Judge Dredd has been going for nearly 40 years after being created by John Wagner & Carlos Ezquerra in 1977 in the ongoing weekly British comic 2000ad.

In those 40 years an amazing array of high quality stories have been written, which would offer Netflix a vast number of stories to utilise.

The 2012 movie portrayal of Dredd captured the essence of Judge Dredd and was played perfectly by actor Karl Urban as Dredd & Olivia Thirlby as Psi Judge Anderson.

Netflix's recent TV shows such as Daredevil & Jessica Jones have shown it's possible to create darker, edgier, comic-orientated TV aimed towards adults which remains true to the source material.