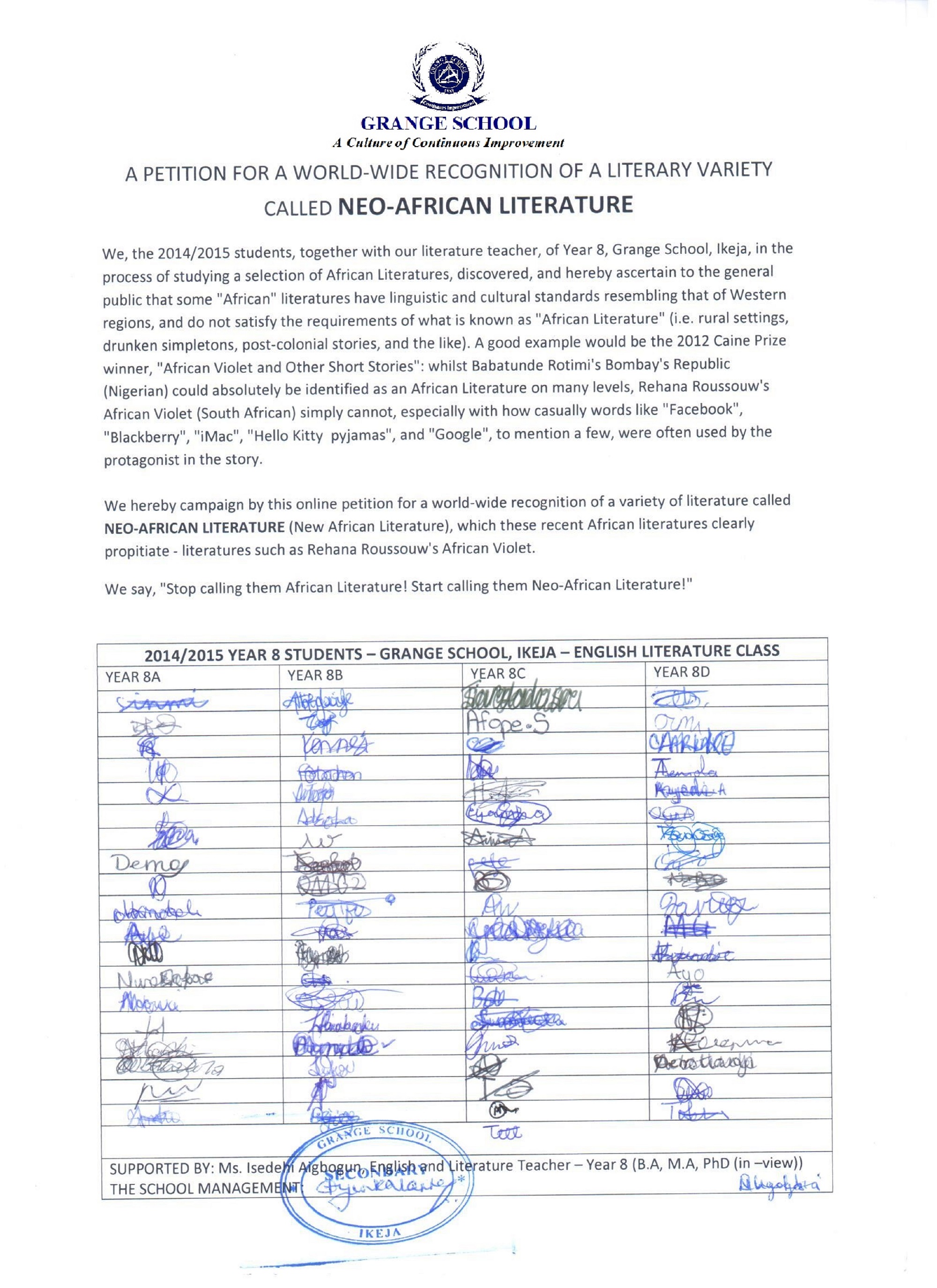 We, the 2014/2015 students, together with our literature teacher, of Year 8, Grange School, Ikeja, in the process of studying a selection of African Literature, discovered, and hereby ascertain to the general public that some "African" literature have linguistic and cultural standards resembling that of Western regions, and do not satisfy the requirements of what is known as "African Literature" (i.e. rural settings, drunken simpletons, post-colonial stories, and the like). A good example would be the 2012 Caine Prize winner, "African Violet and Other Short Stories": whilst Babatunde Rotimi's Bombay's Republic (Nigerian) could absolutely be identified as an African Literature on many levels, Rehana Roussouw's African Violet (South African) simply can not, especially with how casually words like "Facebook", "Blackberry", "iMac", "Hello kitty pyjamas", and "Google", to mention a few, were often used by the protagonist in the story.

We hereby campaign by this online petition for a world-wide recognition of a variety of literature called NEO-AFRICAN LITERATURE (New African Literature), which these recent African literature clearly propitiate - literature such as Rehana Roussouw's African Violet.