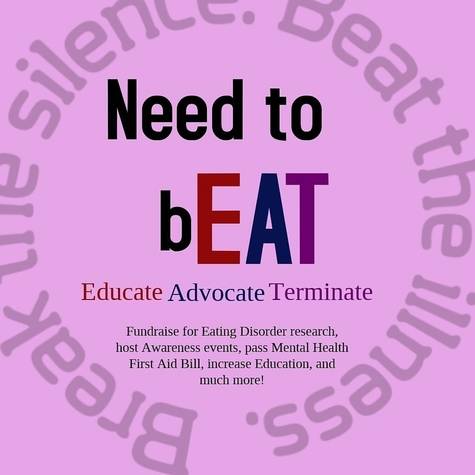 Raising money will not only improve current treatment options, but also will make individuals more aware of how severe and life-threatening Eating Disorders are. Over 20 million women and 10 million men are affected sometime during their lives; however, less than 1/3 of them seek treatment due to the present stigma around these illnesses. It is time to put a stop to this. It is time to combat the growing prevalence of Eating Disorders in society.

Sign this petition to show your support for the "Need to bEAT" campaign. Let's join together to fight Eating Disorders, to support those who are in treatment and recovery, and to eradicate the stigma around these illnesses.