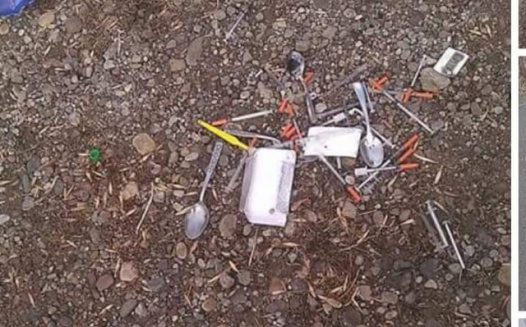 3977 people have signed this petition. Add your name now!

The city of Lethbridge is currently in crisis. Debris floods our city, while trying to get the problem under control there are various places being allowed to contribute to the problem by distributing free needles.

Two days ago a 12 year old child was pricked by a needle near a preschool. He will now have to go under months of testing to make sure he's okay.

Another 6 year old child brought home a needle in his back pack.

Although there is a team to clean the debris, The needles do not have to be returned and Lethbridge residents are finding mass amounts of them in our children's parks/schools/library/public washrooms, and many other places all over the city.

We as the residents here, would like to see a program of some sort be created so that the needles are either no longer allowed off the property of these places, or at least have the policy of old needles having to be returned if those using want new ones.

Lethbridge city and health authorities , especially parents are becoming extremely concerned with the safety threat this poses to our children and we feel we aren't being listened to by the proper city authorities.

It is not fair to our children to be caught up in the middle of this, and not fair they have to risk stepping on needles and possibly contracting something.

Our children have rights just as much as addicts, but it seems children's rights have been put below the right to use.

We all need to come together to put a stop to this!

This petition will be sent to city hall/The mayor, arches, and the shelter.

Feel free to contact me (Lyra Angus) at anytime for questions!