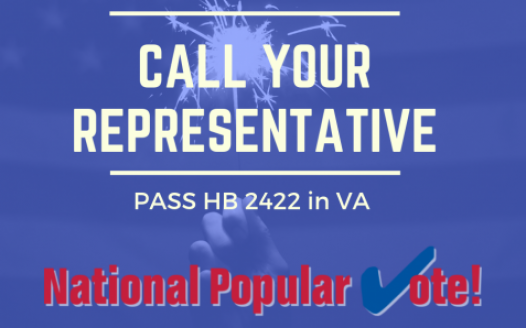 Five of our 45 Presidents have come into office without winning the most popular votes nationwide. It has happened twice in the last five elections—in 2000 and 2016. Al Gore won the most votes but lost in 2000, and Hilary Clinton received the most votes in 2016 but lost. Clinton had nearly three million more votes than Trump and lost, making a mockery of the one-person-one-vote principle of democracy.

The shortcomings of the current system of electing the President is because of state winner-take-all statutes (i.e., state laws that award all of a state’s electoral votes to the candidate receiving the most popular votes in each separate state). Since the total number of electors is 538, any candidate who gets 270 or more of these electoral votes gets to be President regardless of the popular vote.

However, there is a remedy—the National Popular Vote Interstate Compact (NPVIC), the agreement among the states to elect the President by the total national vote. The NPVIC would guarantee the Presidency to the candidate who receives the most popular votes in all 50 states and the District of Columbia.

How would it work? As required by the Constitution each state gets a total number of electors according to the state’s population. However, the Constitution permits states to award their electors any way they wish. Thus, each state that enacts the NPVIC will provide their electoral votes to the candidate who gets the most popular votes nationwide.

According to the National Popular Vote organization, the NPVIC bill has been enacted by 12 jurisdictions possessing 172 electoral votes, including four small jurisdictions (RI, VT, HI, DC), four medium-size states (CT, MD, MA, WA), and four big states (NJ, IL, NY, CA). The bill has passed a total of 36 legislative chambers in 23 states—most recently by a 21-14 vote in the Connecticut Senate, a 40–16 majority in the Arizona House, a 28–18 vote in the Oklahoma Senate, a 57–4 vote in New York Senate, a 37–21 vote in Oregon House, and a 26-16 vote in the New Mexico Senate. A total of 3,112 state legislators have either sponsored or cast a recorded vote for the bill.

The bill will take effect when enacted by states with at least 98 more electoral votes (to total 270).

The National Popular Vote bill preserves the Electoral College and state control of elections. But it ensures that every vote, in every state, will matter in every presidential election.

See www.nationalpopularvote.com for more information. NPVIC will be re-introduced in the Virginia legislature this term. If you are a Virginia citizen contact your state representatives to let them know how you stand on this bill. Written by Wornie Reed.