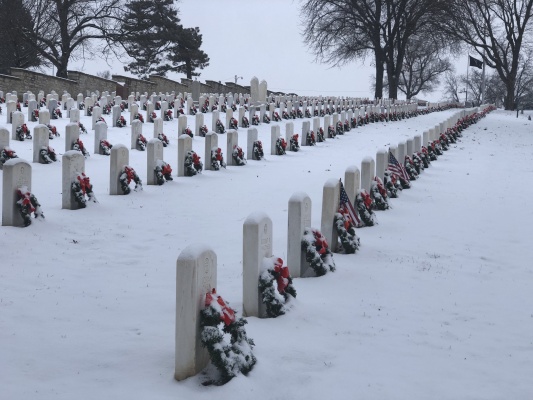 We ask the People Mid-Missouri and the surrounding areas to join us – SIGN OUR PETITION - calling upon the Jefferson City Council to approve the expansion of the National Cemetery already approved by the Jefferson City Recreation and Parks Commission to HONOR our Veterans and their families by allowing the expansion of the current National Veterans Cemetery keeping the sacred promise Abraham Lincoln made to Veterans of all conflicts: “To care for those who shall have borne the battle and for their widow, and orphaned child(ren).”

Do The Right Thing

Service Members and Veterans fight for this country and our freedom and they certainly deserve an expanded National Cemetery in Jefferson City, the Capitol City of Missouri. We hope that by allowing the expansion of the current National Cemetery that it can demonstrate a good example of the respect of human rights and cultural tolerance on which this country is built and prospers, and for which all Veterans have been protecting, fighting, and even dying for.

When this issue came to public light, notification was certainly lacking if there was any. As a result, most residents who signed the petition to save the park in the area did not know anything about it, let alone even live in Cole County, nearby Counties, or the State of Missouri. We are really questioning whether the process of the opposition was truthfully and honestly conducted with considerations to reach out to the affected residents compatibility, feasibility, and its underlying political motivations to keep this park in place. It is insensitive for Jefferson City Council to overlook the likely negative impacts of this park on its nearby residents. These impacts such as one of the two highest crime rate areas and the lowest property value area in Jefferson City will be profound and lasting to Jefferson City’s economic future, psychological comfort, and Jefferson City community’s multicultural health. The cultural impact cannot be underestimated. It can easily spread into many other areas such as local economic and community development.