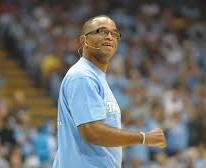 Name the Press Room in the Dean E. Smith Center in honor of Stuart Scott

Stuart Scott passed away on January 4, 2015 after a long and courageous battle with cancer. In addition to being a groundbreaking and beloved anchor on ESPN, he was also an alumni of the University of North Carolina and devoted advocate for UNC athletics.
Stuart Scott got his start in broadcasting at UNC and always made his love for his University well known. He was a longtime host of the UNC Basketball midnight madness festivites, to which he brought the same unmatched energy and enthusiasm he displayed every night on ESPN.
To honor the contributions of Stuart Scott to sports media, as well as to the University of North Carolina, we, the undersigned, request that the press room in the Dean E. Smith Center be named in memory of Stuart Scott.