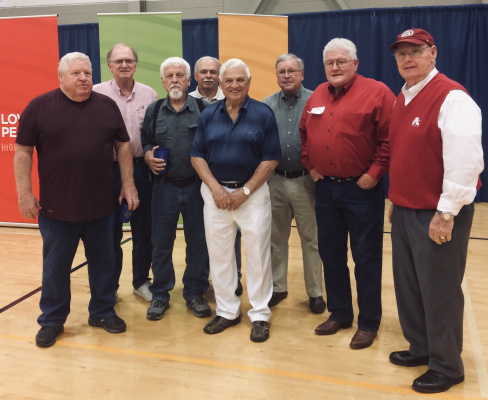 Dr. (Coach) Charlie Richards is a graduate of Jefferson County (Tarrant) High School, where he later returned as coach and athletic director for a period of ten years. During his tenure as Coach, Richards was instrumental in producing Tarrant’s first State Championship Team. He was a prolific football coach producing many talented players who were courted by numerous SEC and other college programs. So many of his players were offered scholarships to the University of Alabama that he was later offered a coaching position with the Crimson Tide himself. Coach Richards roots run deep with the City of Tarrant, later returning as an administrator. He served as principal of the high school for 17 years. Because of his obvious dedication and commitment to Tarrant, we feel he deserves the honor of having the new football stadium named after him. And, we would like to see it done soon, so he can enjoy the honor.

To view an entire list of Dr. Richards contributions to sports in the Birmingham area, go to this site: https://alabca.org/wp-content/uploads/2018/04/2011-Distinguished-Charles-Richards.pdf