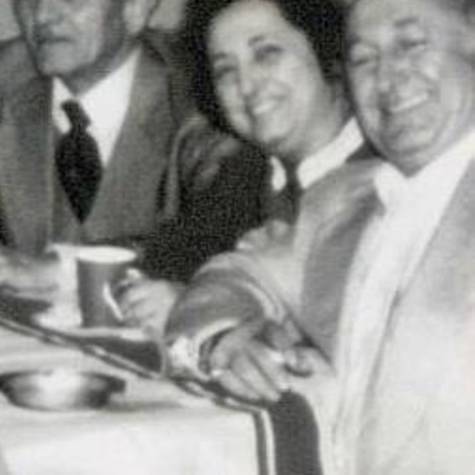 Name a new Staten Island Ferryboat in honor and in memory of Mario J Esposito Sr, Richmond County Clerk for almost two decades, lifetime public servant. In addition to serving as County Clerk Mario who was a native Staten Islander, a product of The public school system, graduate of Curtis High School. Mario was a graduate of Wagner College where he was a member of its Kappa Sigma Alpha Fraternity, and its Board Of Trustees. He also served as the President of its Alumni Association, where he was chair of many fundraising endeavors and served on many committees. Mario was a Lt Colonel in the New York Guard. A businessman and philanthropist, Mario was the Vice President of Canal Lumber Company ,a family owned business. Mario together with his father and siblings founded the American Parkinson Disease Association, and served as its past National President. Mario was instrumental in bringing the organization to its current headquarters on Staten Island, on Parkinson Avenue, where it would be accessible to people with Parkinsons Disease and their care partners. He wanted to ensure that they would receive up to the minute information about the latest treatment modalities and services that are available to the community and be treated with dignity respect and compassion. The torch has passed and we are proud to carry it. Mario served as a founding board member of the Seton Foundation For Learning, Goodhue Center, The Italian Club of Staten Island and so many other organizations that sought his assistance. Mario, deeply connected to his catholic faith served as a Knight of Malta, and a Knight of The Holy Sepulcher. His political endeavors led him to serve as an officer and member of the Democratic Organization Of Richmond County,. Mario played an integral role in the late Governor Mario Cuomo's election campaign.

Mario's life and legacy cannot be defined by one specific moment ,or one specific accomplishment but just like a tapestry or mosaic, they create a legacy of love for his country, his city and his community. He was the outstretched hand that was always there, the ear that would always listen, the heart that was always open. His approachable and humble nature ,together with his bashful smile made all who were in his company at ease, and they knew that whatever they needed assistance with, Mario would always be there.

Husband of the late Angelina(Jean), Father of Mario Jr and Michael, Father in law of Carlene, and Grandfather of Milena and Elle. He was a role model, an example of a loving husband ,an extroadinary father and a best friend. He was a son of Italian Immigrants, Salvatore and Elena, and brother to several siblings, and uncle to hundreds of nieces and nephews, as well as Mr E as his beloved staff at the Richmond County Clerks office would call him.

He was a true public servant, and has never been considered for an honor of this nature. The Staten Island Ferryboat is an iconic piece of Popular Culture,and trulty one of the jewels in Staten Islands Crown. He would be humbled to know that a ferryboat named in his honor as part of the Staff Sgt Michael Olllis Class would ensure that his legacy would be known to millions of visitors to our shores and residents of his beloved city.

LET MAYOR DEBLASIO AND EVERY ELECTED OFFICIAL KNOW, THAT HIS LEGACY BECKONS THIS HONOR.. THE TIME TO HONOR HIM IS NOW