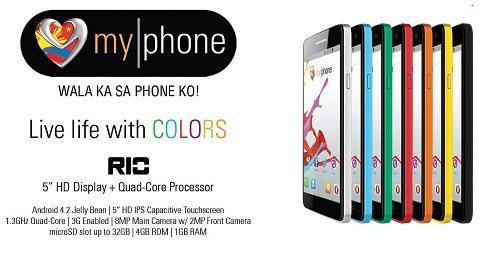 Hey, thanks for dropping by. If you’ve landed here, it must mean you’re serious about getting our message across to MyPhone which we believe sold us a product (MyPhone Agua Rio) which could be better than what it was when they released it or just want to be clarified and is expecting MyPhone to break its silence and explain why two variants of the same model/product have been released to the consumers with one being inferior compared with the other one. Salamat. Either way, you have our gratitude. After all, this petition is not limited to us who got the MyPhone Agua Rio released units with the v.1.11 (S5500-8-1.0-RT-IFKG) but also to the ones who got the v.1.06 (S5500-8-1.0-RT-IFKA) [Enclosed codes are probably for hardware coding, thus the units are really different from each other].

Okay so a bit of a history. MyPhone (MP) released the Agua Rio model of smartphone (Android 4.2.2 jellybean) on their product launch on April 4, 2014. The launch could’ve been scheduled on April 1 as many who bought the units first now realized. It was an April Fools day extension, it turned out as many felt fooled by MP when a few days after the launch a new version (which we now know is different software-wise and hardware-wise). What is the fuss about if it’s the same model? Yes, it’s still Agua Rio, but the new version (came with 1.06 March H03 kernel) is very different from first released version (came with the v.1.11 February H02 kernel). Rio owners now realized even the hardware code? Of the units are different from each other. So what’s the fuss about? It turned out the newer version/release is much smoother, faster and better in actual performance. In paper they are the same as they have the same specs, but in reality, they are two different bananas.

So, the fuss is about paying for the product that we know could perform that well 9v1.06) but getting an inferior one (v1.11). And this is what we get? We, the ones who supported and promoted Rio after buying it on the first day of release?

To be fair, MP released a 1.15 update for the older version but the real issue in performance upgrade was not addressed. Now the 1.06 got it’s own 1.16 update also.

We think it’s unfair for us and unfair for everybody for a company (MP) to keep quiet and not explain what happened to this product which has a lot of potential. Some techsites call it the King of quadcore phones because its specsheet boasts of great performance coupled with an affordable pricetag. We demand, no we DESERVED an EXPLANATION.

We have given MP an opportunity to update the software of our phones to address the issue but it failed. Most of our questions are ignored. During the holy week, we gave it the benefit of doubt, for not answering our queries as they might be on a holiday somewhere on a resort swimming on paper bills that we used to pay for our Rio. After the holyweek, MP is still silent. It is deaf, blind and mute to our plead for product rectification.

Do we demand unit replacement? NO.

Do we want to kill this Philippine company which contributes to national economic development? NO

What we want is for this company to listen to its consumers. We demand a software improvement on the level of the better product they released. Anything less is unacceptable.

But if they know that the problem is inherent in the hardware, then hardware rectification is necessary.

Again, please sign this petition. Let us show MP that we are united not only as MP owners and consumers but as Filipinos who demand and deserve quality product and services that we paid for with our hard earned money.