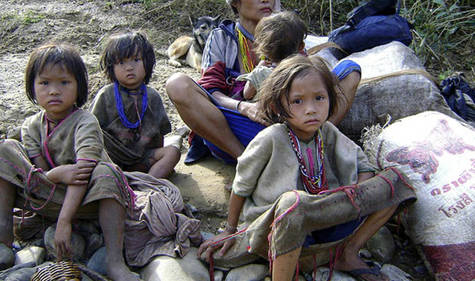 Myanmar, a small country located in southeast Asia, is currently embroiled in a civil war. This country borders India, Bangladesh, China, Laos, and Thailand. This civil war started off because of a conflict between the government and ethnic minority forces dates back to the end of the second world war and the end of the British colonial rule in 1948. A deadly violence erupted between ethnic Rakhine Buddhists and Rohingya Muslims. Rohingya people are being targeted because they are Muslims not buddhist. The army in Burma are abusing the Rohingya people by killing them and burning them alive. Helicopters are gunning people from above leaving massive damage. Many women are getting rapped and their property is getting burned down. Nationalism caused the people in Burma to kill the Rohingya people. To help these people who are facing this violence are seeking refuge in China. So far, about 50,000 civilians have escaped to China, but unfortunately, China has been accused of helping rebels along its border. The Chinese government is currently helping Myanmar's food and medical supplies. Since escaping to China is not allowed, they should stay along the boundary lines of the Myanmar government laws. Since a lot of farms are being destroyed by extreme buddhists, one of the U.S. Congressman should support the fact that the U.S. should help Rohingya people get their farms back. That way, Myanmar's economy can increase.