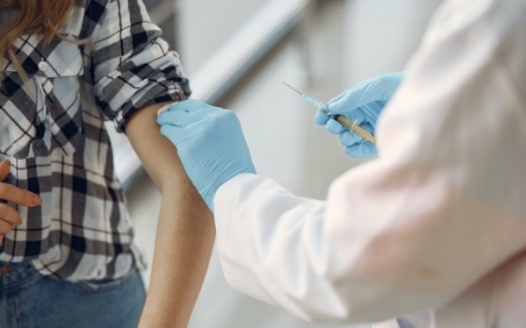 1033 people have signed this petition. Add your name now!

We, the Islamic community of Australia have severe concerns over the upcoming covid19 vaccine which is due to be rolled out in Australia in March 2021.

We are putting forward this petition to show our support of an inquiry into the fatwas that have been given by our Islamic leaders regarding the safety and permissible use of this vaccine.

Science has not deemed this vaccine to be safe with absolutely no longterm studies on adverse reactions and insufficient clinical studies on efficacy. Please refer to official letter attached to this petition breaking down the studies and ingredients in the vaccine.

We also show concerns due to the fact that this vaccine does contain haram ingredients such as Porcine (pig) taking note that the skin and bones of pig DO NOT undergo a complete transformation, rather a partial transformation and by means of testing it is possible to determine the origins of the skins and bones of pig after they are subjected to the chemical processes by which gelatine is extracted. Pig DNA is found in the porcine as it was extracted from cells.

It also contains the haram ingredient, MRC-5 (fetal cells from an aborted, Caucasian male lung). With Islam’s preservation of Deen being the first, main factor which makes us Muslim and the preservation of Life being number two, the use of aborted fetal cells goes against our Islamic principals as well as the laws of The Quran which forbid the use of human body parts in our medicine. The DNA from another human is being injected into people via the vaccine causing irreversible damage, longterm illness and changes to our own DNA structures. MRC-5 has also been proven to promote cancer as stated in a recent study. Found here: https://www.ncbi.nlm.nih.gov/pmc/articles/PMC45088...

With the use of haram medicine being permissible in the event of an emergency or as a potential life-saving treatment, vaccines simply do not fall under this category as they are administered to healthy people with the illusion it will protect us from future possible infection. Relying on something other than Allah for protection is Shrk.

As Muslims, we are obliged to search for halal. Halal products must be our first priority and given that there are numerous halal treatments which are proven by medicine and science to work against covid19 on top of the fact that covid19 has a 99.74% recovery rate deems it a relatively safe virus, even as safe as a general cold or flu and therefore no vaccine is required as our bodies are able to combat it on their own and via the immune system that Allah has given us.

When a treatment is likely to be worse than the illness and is likely to cause severe adverse reactions, it is not permissible and given that the UK government have a tender looking for AI Tech companies to provide a service of recording and reporting on ADR’s (Adverse Drug Reactions) it is safe to assume that damage caused by the vaccine outweighs the risks of contracting the virus.

We believe in the Quran and its teachings and Allah (SWT) has provided us with information on how to stay healthy and how to treat illness and this is now in complete conflict with what the Australian government is implementing against the people of Australia.

Accompanying this letter is a petition of people who are in support of this inquiry and we wish that the board of Imams council of Australia do their due diligence and compare the information from the Quran against that of the government and pharmaceutical company’s in respect to this vaccine and publicly address the community with the outcome.

As members of the Islamic community by which we look to you for leadership and advice, we demand a committee be put in place which includes Muslim doctors and scientists to thoroughly study the ingredients, processes and agenda of the oppressors of the land keeping in mind that the vaccine is not only containing the two haram ingredients above, it also contains a large number of other toxic ingredients including but not limited to Polysorbate 80 which is linked to severe health issues including infertility and cancer and also does not have adequate studies on safety on humans as it does on animals.

This is notice of our will.