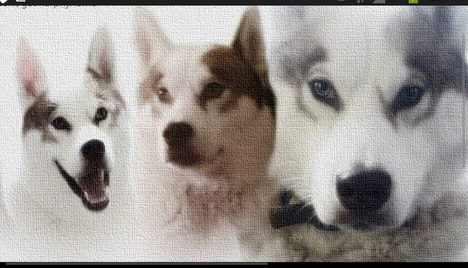 We the undersigned would like Harsher Penalty's to be brought into Law for Stolen and Abused Animals and we would like to see longer Sentences and in cases of Animal Abuse a Ban for life in owning Animals so these poor animals will never have to suffer at their hands again.

Murphy a Siberian Husky was Stolen in December 2014 his owner set up a Social Media page to try and get help in looking for him, this went worldwide and over 40,000 were following this story. Murphy is now home with his family after 3 long months of searching for him he was one of the lucky ones. The media Would not do anything to help which i think is disgusting this should be in the Media and on Television to get this out to the General Public to make them Aware of what is going on before it is to late as there are a lot of people who do not have Social Media like elderly people, there is still a lot of the general public that do Not realise how Serious this Crime is about their Beloved pets being Stolen and used for Breeding, to Sell on for money or in the worst case Stolen for Dog Bait and in most cases leading to Death it is Awful what these animals go through the Pain they suffer NO animal should have to go through this.

There are people being Abused, Beaten and ending up in hospital with serious injuries all because of these people Stealing animals people are to Scared to even walk their dogs or take their eyes off them for a second. THIS NEEDS TO STOP BEFORE SOMETHING SERIOUS HAPPENS

How do you explain to a Owner, Children, Elderly Person and in some cases a Terminally Ill Person their pet has been Stolen or it is Dead due to Dog Baiting and you Will NEVER see it again .

These Animals are not pets they are family and to most people it is their life Best Friend All they have left in life.