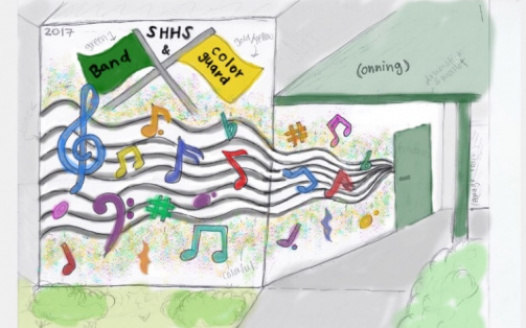 One year ago, I proposed an idea to paint a mural on the South Hills High School band room wall or at least near it. At the time, I was told materials, time, and painters are needed to complete such a project but when I offered solutions they were shot down. After receiving approval from multiple administrators and teachers in the end I was told the mural could not happen. Even worse, the reasons why it could not be done were because of issues I had previously offered solutions to. Yet after losing my chance to paint a mural a schoolwide mural competition was opened up to the rest of the students. Hearing about a mural contest despite my ideas being struck down infuriated many of my peers and felt like a slap in the face to me. I have written a letter to be sent to district to voice our discontent on this matter and hopefully convince them to let us finally have our mural. After so many people have stood behind me waiting to help achieve this goal I am determined to do everything in my power to make this painting a reality.